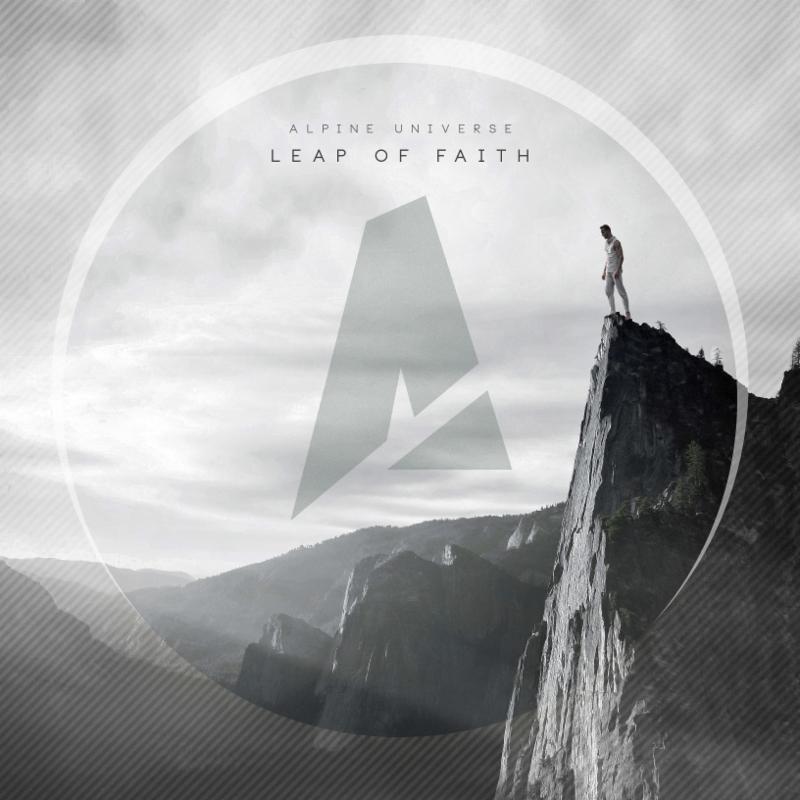 Andy Favre, 28 years old, French film composer, better known under his stage name ALPINE UNIVERSE unveiled his new music video LEAP OF FAITH this week. The video directed by Spanish director German Izquierdo Valero features Favre performing live with a custom rig made of unique electronic and midi instruments. Alpine Universe vows to encourage the EDM scene to keep expanding towards new horizons with live settings and studio experimentation. The strength of electronic music is that it is a HUGE spectrum of genres. Alpine aims to explore some untouched areas of that spectrum and take the time to craft new sounds, even if the music is hard to classify in the end.

ALPINE UNIVERSE: "In the Leap Of Faith music video I perform a series of solos on different instruments: a synthesizer, midi finger-triggers, pedals, electronic drums and an electronic accordion. It demonstrates how electronic music can have a lot of performance elements within a DJ setup. German and I wanted this video to have an artful aesthetic, not just a performance recording.  German brought his sense of visual storytelling, philosophy and symbolism to the screen in a very subtle and tasteful way."

Leap Of Faith is released ahead of the THE LINES EP inspired by Favre's background as a big-mountain skier.

The Lines EP consists of 5 songs that were made for ski, extreme sports videos and documentaries featuring some of the best riders on the planet. Some of these films have already been released, while others are touring film festivals at the moment. It is a sequel to Alpine Universe's epic soundtrack named 'SEDNA' released last summer.

ALPINE UNIVERSE: "The Lines EP is about living in the moment, being in tune with the elements and not being affected by the trends. It's about choosing your own "line". When you pick a certain line down the mountain, you may take risks, but only to push your own limits: it's not about competition or fashion, it is about beauty and elegance.

Within an all-electronic environment, I have played and recorded real instruments such as guitars, ancient drums, accordion and strings all integrated into a vast palette of musical genres, from the melodic dubstep of "Waterbender" to the industrial "Hyperion" and the big-beat sounds of "The Klimb". It is balanced with the softer and earthy mood of "We are Found" and the fun, childlike "Freeski" song. The LINES EP doesn't follow any recipe."

The recording of 'Lines' was unusually long. Within a music sequencer, every note is quantized and each performance can be altered to perfection, but for this EP, Favre was looking for a  "human touch". The addition of many layers of acoustic instruments was an incredible amount of work. Moreover, as a film composer, Favre is attached to storytelling, symbolism and raw emotions. Each Alpine Universe track is crafted to be an epic journey with its own storyline.

Alpine Universe is currently working on a single with the Musyca Children's Choir in Los Angeles: They are about to record some new music with a group of more than 40 kids. He is also part of the artist collective Everett Entertainment. They just started a new record label called Space Gang Records specializing in bass music, trap and hip-hop.