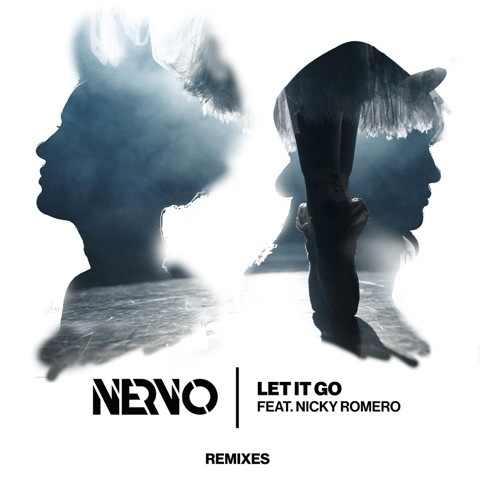 Award-winning production, songwriting & DJ duo NERVO are back with another colourful remix package.

Taken from their debut album ‘Collateral’, which was released last year, the original version of ‘Let It Go’  is an adrenaline-pumping collaboration with dutch superstar Nicky Romero. It’s been treated to no less than six different reworks, courtesy of Helena Legend, Levito, M35, Scott Melker & Mister Gray, Kronic and Feenixpawl.

UK-born, Australia-raised and LA-residing Helena Legend is up first with a remix that caused a storm when she debuted it in a special guest appearance at NERVO’s show at Avalon in LA, thanks to its fast-paced, bass-heavy drops.

The second remix comes from Levito, an elusive young European producer who has gradually been making a name for himself through his talent for production. Dramatic synths and chopped-up vocals lead into an emotive breakdown midway through, for an original take on the track. It’s followed up by the remix from classically-trained Spinnin’ regular M35, whose catchy synth arpeggios lend the track a more uplifting feel.

Finally, Australian duo Feenixpawl provide a more laid-back, summery remix that lets the vocals come to the forefront once more, wrapping up a diverse package of remixes for all tastes.