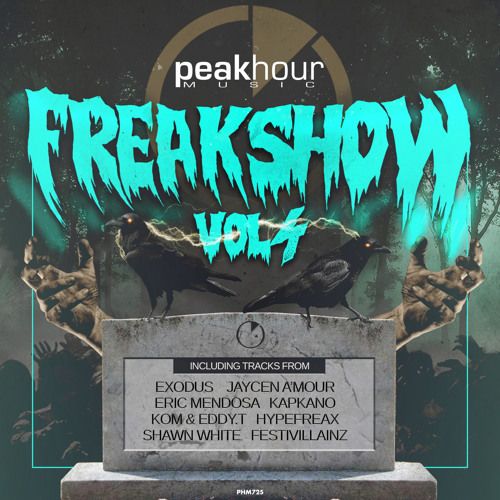 Exodus and Kapkano are back on Peak Hour Music to drop a serious club banger. ’Lets Get Weird’ contains all the right ingredients for a heavy hitting Electro-House masterpiece, with jumping alternating pitched vocal samples fused with anthemic vibes, synth blips and thumping kicks – set to cause chaos on the dancefloor and demanding your feet to move all night long. This is certainly going to be a huge release on Peak Hour this year which will grab the attention of radios and clubs.

Exodus and Kapkano are reunited once again after their previous remix of Michael Constantino’s ’Girl Like You’. New York based Exodus kicked off last year with his huge collaboration with Chuckie ’Perfect Sky’ on Armada Music. He further went on to release a number of tracks on labels such as Vicious Recordings, Peak Hour Music and Black Hole Recordings to name a few. Kyrgyzstan based DJ Kapkano has released his works on such labels as Peak Hour Music, Ensis Records, Royal Ravers (Housepital Records) Digital Empire Records, Zibiria Records, Digital Empire VIP, Crystallized Records and Digital Complex Records. This pairing are proving to cause serious damage on the EDM at the moment so make sure you keep a look out for the latest releases from Exodus and Kapkano!