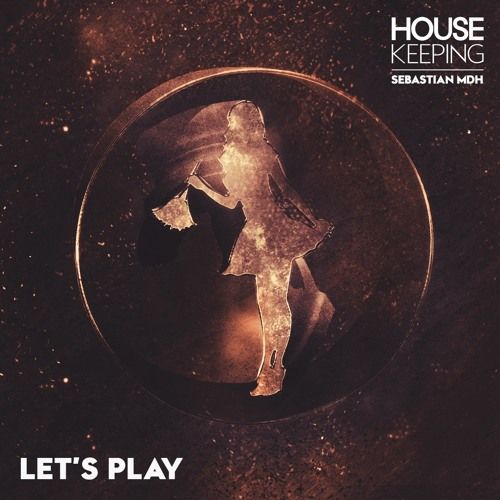 Having enjoyed an outstanding 2017, the celebrated label and events collective HOUSEKEEPING end the year with the captivating ‘Let’s Play’ EP from founding member Sebastian MDH, released on 24 November.

Ibiza extraordinaire Manu Gonzalez then adds his Balearic influences on his ‘Let’s Play’ remix, whilst building on the tribal elements of the original mix.

Seven-minute roller 'I Got That' rounds off the release, the low-slung bassline playing out over an atmospheric backdrop.

Sebastian MDH is one of the founding members of London-based collective, HOUSEKEEPING, formed in 2012, which also includes DJs Jacobi, Taylor McWilliams, and Carl Waxberg. For the last five years, HOUSEKEEPING has hosted some of the biggest parties in London, Ibiza and Mykonos. HOUSEKEEPING enjoyed a remarkable Summer 2017, playing regularly at the new Hï Ibiza at both In The Dark (alongside residents Joris Voorn, Steve Lawler, Nic Fanciulli, Luciano, and Kölsch) and at Black Coffee’s Saturday residency, as well as at Ants, Ushuaïa.