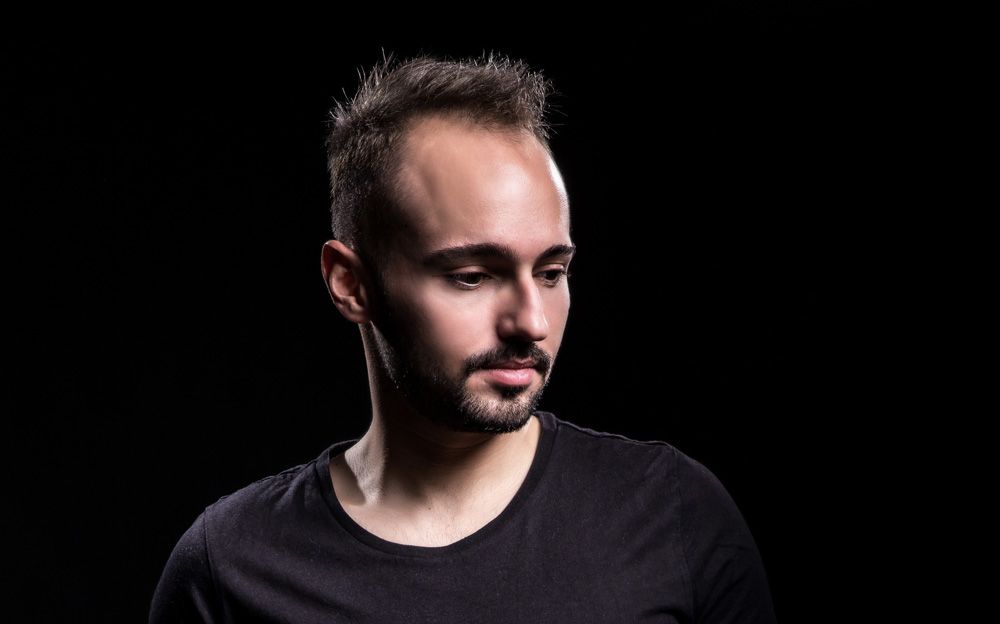 Juraj, you’re out with your ‘Remember The Night [Recorded Live At EPIC]’ this spring. After ‘(R)Evolution’ and ‘Invictus’, it’s another release with a non-traditional approach to the album. In your words, what does that involve?

Driftmoon: “I always try to give something special to listeners and party goers, whether it’s including live elements to my performance or making something special for different events. Remember the Night is a live recorded album which was recorded in Prague at the end of 2018 in club EPIC. I absolutely love how the crowd reacts during the album and how they are enjoying the music.”

What factors took you to the decision to create and release the album in this fashion?

Driftmoon: “I am a resident DJ in Epic and I love the place dearly. It’s one of the best clubs on the planet with state of the art visual and audio system run by people, who are phenomenal at their job. If I wanted to record live album, this would be my number one choice!”

How important do you feel it is to have an original, or greater-than-the-average concept behind an artist album?

Driftmoon: “Personally, I think it shows how much you care about your product and intended recipients. I don’t just want to give them a mediocre album to listen to for an hour and then forget about it. I want to give them a medium they will return to for foreseeable future, still finding new things they’ve missed on previous listening”

Comparable to your own expectations at the front end of the project, how hard did you find it to arrange, stage and pull off the event?

Driftmoon: “It was originally supposed to be a ‘regular’ compilation but eventually I’ve noticed that all the music I wanted to play was my own. I always try to play exclusive producer sets only because if people want to see Driftmoon, then they will hear Driftmoon’s music. Arranging and staging the recording was rather straightforward because I am recording Transmission every year in much larger scale and production so downsizing the recording for a club scale is easily done”And why at Club EPIC in particular?

Driftmoon: “EPIC is run and operated by Slovak crew, myself being a Slovak I was introduced to the concept at early stage and offered a resident position, helping with maintaining the trance events for the club. EPIC was really designed to be a-state-of-the-art facility for modern party goers and it shows in every aspect of the club. Furthermore, it’s mere 10 minute walk from my studio so I often go there to check how my music will translate onto a club system”

Was it daunting presenting music that no one had heard before to an audience who were always going to be entirely unfamiliar with it?

Driftmoon: “In all honesty, it was nerve shacking. Around 10 tracks from the album were never before heard tracks and to assume crowd will have a good audible reaction to them is difficult. It turned out to be better than I’ve originally expected with crowd cheering throughout the whole album right until the very end”

You had some partnership help with creating some of the music on the album. Talk us through some of the other producers you were working alongside on it.

Driftmoon: “For the opening track I’ve used my good friend Geert Huinink so he can add his special orchestral touch to my original composition, I also work with Robert Nickson under our Astrosphere project. Album also consists of two collabs – one with Ferry Tayle from my album Invictus and second with Ahmed Romel for his album RUYA.”

‘Invictus’, your last album, was released just last summer, this – at nine months – this is a very swift follow-up. Is this you setting an album pace for yourself?

Driftmoon: “I am not setting any specific pace, I simply work on music all the time and even I am surprised at the rate of the production to be entirely honest. I’ve always tried ‘quality over quantity’ principle but it all seems to be working rather nicely. I am already working on two more albums, one trance and second hybrid orchestrated. There are so many ideas I want to actually turn into music!”

In doing something distinct in ‘Remember The Night’, the album also explores your interest in how music and memories attach themselves. What are some or your strongest memories that have a distinct track or piece of music attached to them?

Driftmoon: “For example my track Odyssey which is part of the album was originally created for Transmission’s event in Shanghai in summer of 2018. I was tasked with composing an original piece of music in Chinese musical style. After finishing it, I’ve realized the melody would really work well with trance instruments so I recomposed it into a dance track and played it there during my set – crowd reaction was mind-blowingly good! I have so many tracks and records attached to different scenarios or actual people so it’s hard to pick one in particular”

And what was your most memorable moment of ‘Remember The Night’s night!?

Driftmoon: “It must be the triple combination of my tracks ‘Odyssey’, ‘Renaissance’ and ‘Ars Vitae’. During those 15 minutes I’ve felt incredible energy in the crowd which can be heard on the album and I had goosebumps for the entire time!”