Never Play With Fyre – Dream Festivals That Get Everything Right 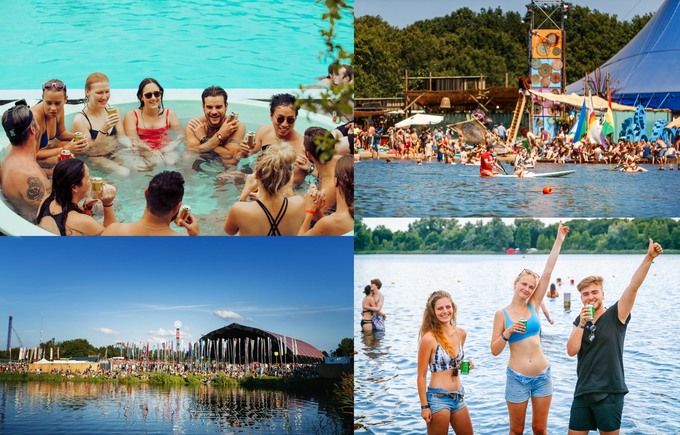 Never Play With Fyre – Dream Festivals That Get Everything Right

From partying in a 5,000-year-old lava tunnel or a 17th century Balkan fortress, to lakeside gigs, beach raves or an urban dance marathon, here’s a selection of festivals run by teams with years of experience and excellence in the field. You know you won’t be signing up to an empty promise.

No matter if you were watching the Fyre documentaries through your fingers in empathy, or enjoying a mainline hit of schadenfreude, it highlighted the colossal task of running any music weekender properly, in the age of insta-FOMO and rising standards.

Beyond the basics of good line-ups, quality food and a water supply that doesn’t rely on someone ‘taking one for the team’, music fans have become more savvy and discerning. We may laugh at viral pics of cheese sandwiches and disaster emergency tents at Fyre, but it’s not so many years since UK festivals evolved from grim weekenders in a field with a few burger vans and a comedy tent as the alternative entertainment.
But even as UK festivals have upped their game, an overseas weekender is still a rite of passage for the festival newbie, or a chance for a veteran to prove they haven’t seen it all.

We choose festivals these days the way we choose our holidays – as a more sophisticated quest for new cultural and social experiences. Music tourism is hardly a new craze, but festivals are increasingly becoming a gateway to an extended break in a different country, blurring the lines between music, local history and culture, nightlife, sightseeing and gastronomic delights. Whether you’re down with a city break bustle, a beach time-out, an immersive music exploration or unique bucket list experiences, there’s a festival to suit.

DOWN THE RABBIT HOLE – WHERE YOU ARE WHO YOU ARE WHEN NO ONE CAN SEE YOU
July 5 – 7 July | www.rabbitresort.nl

OFF FESTIVAL  – A VOYAGE OF UNDERGROUND DISCOVERY IN POLAND
August 2-4 | www.off-festival.pl

A Campingflight to Lowlands Paradise is the Netherlands’ most prestigious music festival that’s been a rite of passage for the Dutch since 1993. It takes place in rural Biddinghuizen – only an hour away from Amsterdam, so there’s even a chance to add in a city break either side.  It’s a true music, arts and culture weekender, featuring the world’s biggest headliners on the circuit, as well as installations, theatre, comedy, film, debates and even science workshops.   Each of the uniquely designed stages are covered so you can party rain or shine, and the iconic ‘Armadillo’ area is the festival’s power station, quirky bars, DJ booths and artisan restaurant areas that surpass regular festival food stalls. The Dutch are world-renowned as expert festival organisers, and Lowlands is a perfect smooth operator, from the intuitive layout to the lack of queues for bars, food and bathrooms – with the best campsite facilities of all the big European festivals.  It’s a proper lost weekend too – Lowlands doesn’t do day tickets, so once you arrive on the Thursday you’re on a journey with your fellow happy campers until Sunday. This vibe was picked up by 2018 headliner Nile Rodgers, who posted: “Lowlands was fire! This was an amazing f-ing crowd! Truly insane, and that’s how we like it!”

Amsterdam is world famous as a hub for nightlife and electronic music, and every October it becomes the centre of the electronic music universe for five days during the Amsterdam Dance Event (ADE).  Some 400,000 people hit the Dutch capital every year for ADE, which features more than 2,500 international artists performing in over 100 of Amsterdam’s most iconic venues including Melkweg, Gashouder, Claire, Shelter, Paradiso, the NDSM Docklands and De School. But it’s not simply a five-day rave – ADE offers an inspirational conference programme that covers all aspects of dance music culture and the industry. By day, across Amsterdam’s five main districts, there are dozens of seminars, workshops, exhibitions, artist interviews, feature and documentary screenings, DJ showcases and tech classes.  Amsterdam Dance Event takes place over five days every October and is the ultimate festival for electronic music fans, who can even learn more about the culture between the parties.