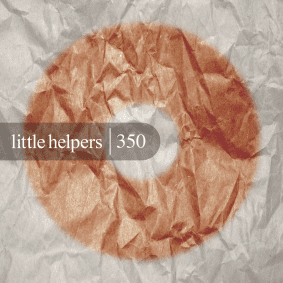 Late June marks the 350th release from Butane and Someone Else’s Little Helpers imprint as the label celebrates 10 Years with an eleven-track compilation including contributions from the likes of Stefano Noferini, Alexi Delano, James Dexter and more.

Founded in 2009, Little Helpers has grown to become one of house and techno’s most consistent and undeniably well-loved labels. The brain child of Andrew Rasse aka Butane, and Sean O’Neal aka Someone Else, the imprint offers DJs refined tools and subtle after-hours groovers all the way through to peak time stand-alone productions.  The label has grown in the past year to welcome material from international heavyweights including the likes of Jamie Jones and Stefano Noferini, while also serving as one of the industry’s most prominent homes for undiscovered and emerging talent from across the globe. To mark both the label’s 350th release and Ten Years of the label, Rasse and O’Neal have curated an eleven-track package that showcases the different styles and sounds Little Helpers has come to represent, welcoming close friends and colleagues to contribute to the monumental release this summer whilst also compiling a DJ mix featuring both new material and stand out gems from the label archives.

LH350 traverses a spectrum of electronic spheres, whilst maintaining the trademark indescribable but ever-present Little Helpers sound across all of its tracks. From the rich textures of James Dexter and Andrew McDonnell’s opening cuts, through to the jazz infused contribution from Archila & Tons, or the deep chords within Legit Trip’s ‘350-4’, the package steadily weaves through subtle nuances with ease, teasing listeners as it effortlessly glides through the collection.

Take Alexi Delano & Marcelo Rosselot’s ‘350-5’ or Marc Faenger’s ‘350-8’ which raise the tempo and introduce darker metallic tones, or Stefano Noferini & Looad and Someone Else & Miro Pajic who keep the focus on rolling, organic grooves, yet all four efforts keep true to the label’s core dynamic of functional, effective, groove-based productions. Tripio X’s infectious ‘350-10’ offers a snaking and serene slice of house, while Butane pairs up alongside trusty partner Riko Forinson to deliver a heady tribal workout, before closing out the package solo with a warping number that takes things through to the after-hours in typical Butane fashion.  Happy Ten Years.