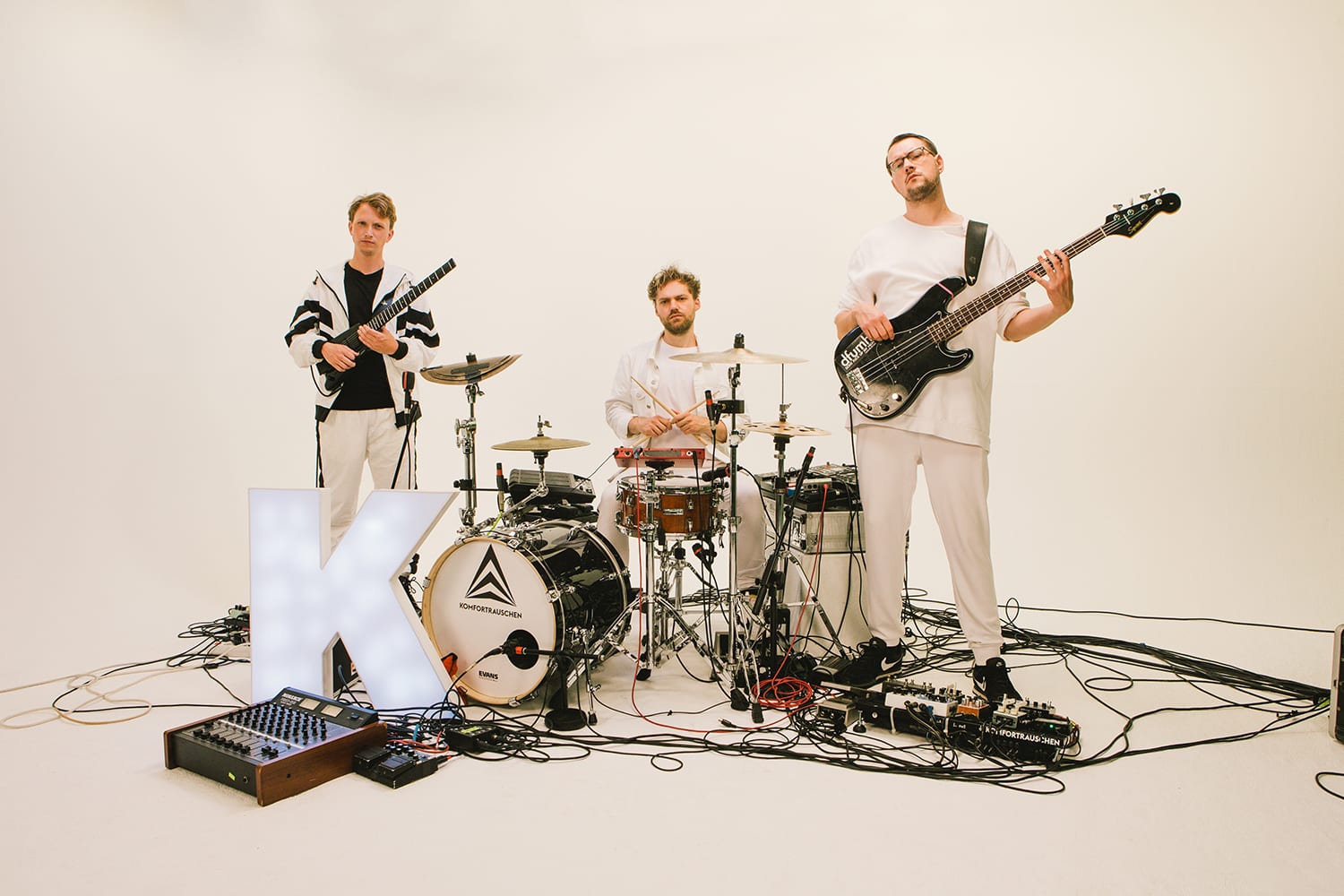 Live techno act KOMFORTRAUSCHEN released their new single ‘Nemo’ on the 14th of August via SPRINGSTOFF, accompanied by a music video. The single heralds the approach of their upcoming EP, Expander which will be released towards the end of the year.  The band is well known on the Berlin circuit and have played the iconic Kantine am Berghain, opened for MEUTE on their European Tour, as well as a slew of performances at festivals across Europe and the US such as the legendary Seebühne Closing at the Fusion Festival 2019, MS Dockville, Reeperbahn Festival, Eurosonic Noorderslag and SXSW.

The men behind the mania are Tim Sarhan (drums), Laurenz Karsten (guitar) and Phillip Oertel (bass) – three precision-obsessed control freaks who have honed their craft of playing live techno on instruments with German perfection. All three have spent the better part of ten years as professional musicians, skillfully converting their mechanical energy into unrestrained, hedonistic techno.

KOMFORTRAUSCHEN draw influence from a wide sonic palette – from Modeselektor and Robert Hood, to Trentemøller, Depeche Mode and King Gizzard and the Lizard Wizard. They create the powerful sound of a DJ set in their own analogue fashion using traditional instruments filtered through an impressive array of pedals and effects, the end result comparable to acts such as Surgeon, Tale of Us and Agents of Time.

The live techno act returns with a vengeance with their latest single, ‘Nemo’.  KOMFORTRAUSCHEN measure their soundscapes with precision, ensuring each note that reaches the listener’s ears is carefully thought out and placed. The impenitent trio allow the sound to create a driving energy in the room, perfect for any hedonistic environment. The band create analogue techno music with traditional instruments, filtered through an impressive array of pedals and effects and resulting in an unparalleled sound that leaves the listener breathless.

Speaking of the single, KOMFORTRAUSCHEN share some further insight: “Nemo is our opener track. This track is the beginning of all our live shows since one year and it is like an incantation for us: Here we come!” 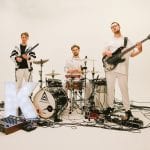