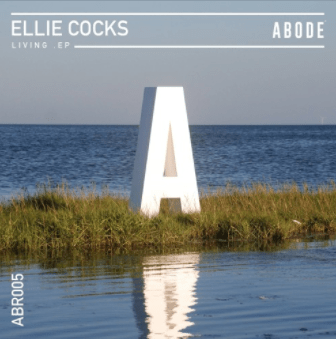 London based DJ and producer Ellie Cocks releases her new three-track EP ‘Living’ on the 5th May. This is Ellie’s debut release on the ABODE London’s label, although she is well known for her successful residency with the event series of the same name.

All three tracks on the EP showcase the trademark energy that has made Ellie so popular as a DJ and selector. The wobbly chords running through the grooving ‘Living’ makes it instantly recognisable on the dancefloor, whilst the hefty bassline and distinctive vocal sample in ‘Living Like Tupac’ would fit in perfectly at any of ABODE’s famously popular Ibiza parties. Well-known house producer Josh Butler rounds off the EP with a stripped down remix of the B side.

The release of the ‘Living’ EP sets the tone for a monumental summer for Elie, who cut her teeth on the underground scene just 5 years ago; she’ll be making both her Parklife and Lovebox debuts this year.

Ellie first burst onto the scene as a hardworking resident DJ in London after teaching herself to DJ as an escape. Initial gigs over the years took in the likes of The Warehouse Project, Egg, XOYO and Fire before she got picked up as a resident for Space Ibiza in its final season for their Sunday parties. It wasn’t long before Ellie’s trademark DJ style caught the attention of ambitious party starters ABODE. She’s since been performing with them as an integral member of the team at the likes of Printworks, Tobacco Docks and Village Underground London as well as Sankeys Ibiza. For a taste of Ellie’s sound, she also broadcasts a weekly radio show for Reprezent 107.3FM, playing a variety of house, techno and everything between.