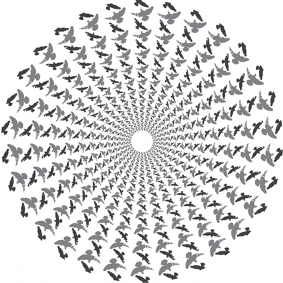 As one of FUSE’s original residents, Rich NxT’s evolution alongside the London brand has seen him become one of the scene’s most respected DJs and producers, releasing a slew of material via their renowned in-house imprints as well as via the likes of Tamango, Elision, Vatos Locos and his own NxT Records. This pairing sees him up alongside one of the scene’s most prolific and consistent producers, East End Dubs, who arrives fresh from a string of EPs via his own self-titled and anonymous imprints, and material on Eastenderz, Infuse and Moxy Musik to offer up the two-track ‘The Four Slip’ EP, marking the pairs debut collaboration, which was over a year in the making, whilst offering a concentric overlap between their own unique sounds to tell another fresh story for the 34th release of the rapidly maturing imprint.

The A side sees the paring combine to offer up ‘E3’ – a slinking and swing-fuelled lead cut that merges woozy, spacey melodies, chunky kicks and warping electronics, before employing crunchy percussion licks, rich chords and a glitchy, low-slung core groove throughout ‘Bubbles’ on the flip to close the package in fine fashion.