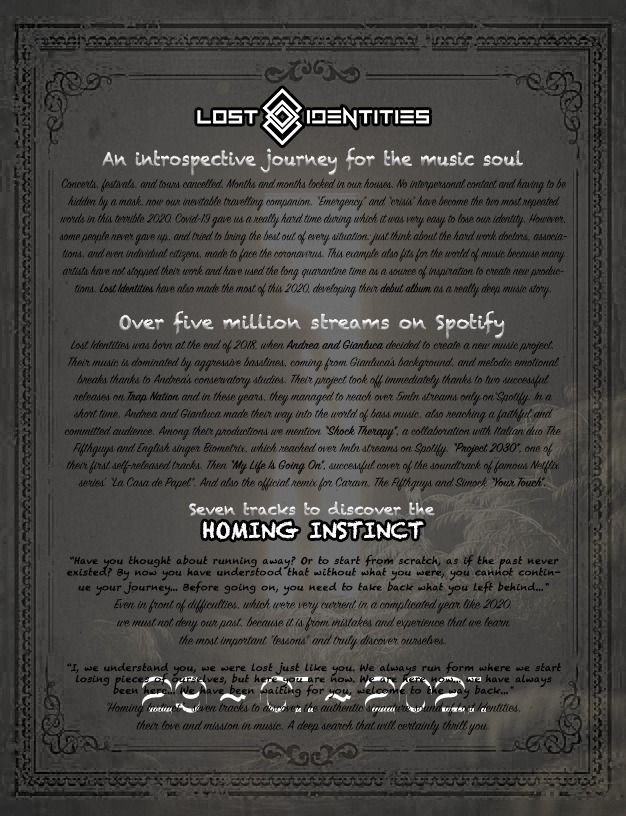 Two sound seeking souls into a deep introspective journey that will definitely thrill you.

Over five million streams on Spotify

Lost Identities was born at the end of 2018, when Andrea and Gianluca decided to create a new music project. Their music is dominated by aggressive basslines, coming from Gianluca’s background, and melodic emotional breaks thanks to Andrea’s conservatory studies. Their project took off immediately thanks to two successful releases on Trap Nation and in these years, they managed to reach over 5mln streams only on Spotify. In a short time, Andrea and Gianluca made their way into the world of bass music, also reaching a faithful and committed audience. Among their productions we mention “Shock Therapy”, a collaboration with Italian duo The Fifthguys and English singer Biometrix, which reached over 1mln streams on Spotify. “Project 2030”, one of their first self-released tracks. Then “My Life Is Going On”, successful cover of the soundtrack of famous Netflix series’ “La Casa de Papel”. And also the official remix for Caravn, The Fifthguys and Simock “Your Touch”.

“Have you thought about running away? Or to start from scratch, as if the past never existed?

By now you have understood that without what you were, you cannot continue your journey…

Before going on, you need to take back what you left behind…”

Even in front of difficulties, which were very current in a complicated year like 2020, we must not deny our past, because it is from mistakes and experience that we learn the most important “lessons” and truly discover ourselves. 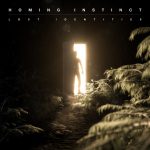 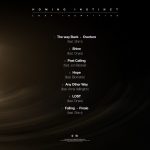 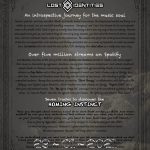