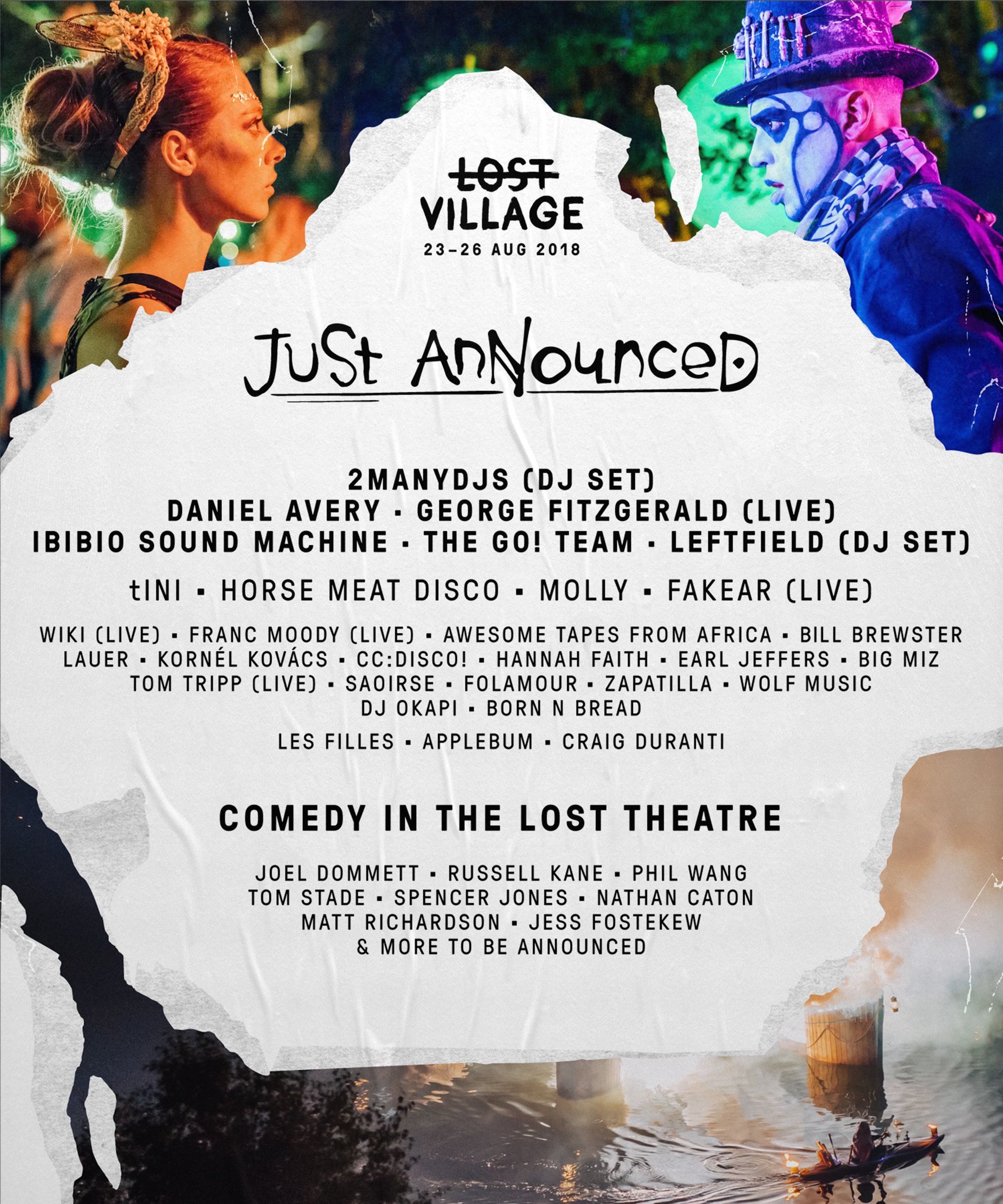 Deep the heart of the Lincolnshire countryside, hidden away from prying eyes, lies the forest of the Lost Village. Beautiful, surreal and totally unpredictable; this 4 day experience takes revellers on a journey through an abandoned world where anything is possible. From encounters with the paranormal to the most incredible of food, to mind-opening talks and soul-nourishing comedy and relaxation. It really is something else.

Having announced the first wave of this year’s impeccable lineup, including Friendly Fires, Four Tet, Everything Everything, Mount Kimbie, Dixon, DJ Harvey and Peggy Gou, further acts have now been unveiled.

The mantra of “incredible eating” is central to the Lost Village journey – with 2018 promising to take this even further. This year the Tribal Banquets will be curated by the globally celebrated Hawksmoor with Richard H Turner who host a special Sunday feast, the UK’s youngest Michelin-starred chef Tommy Banks and Clerkenwell Boy presenting Cook For Syria. Whilst new addition, The Eating House, will host a collection of eminent London restaurants, such as Caravan, Breddos Tacos and 26 Grains.

Elsewhere in the village you’ll encounter endless wonderments, from relaxation in the Energy Garden, lakeside hot tubs, yoga, the Circus of Astonishment, craft workshops on Forgers Lane, the old Junkyard and its abandoned video games arcade, the Bureau of Lost and much more. Whatever happens, it’s likely to feel like a fever dream once it’s all said and done.