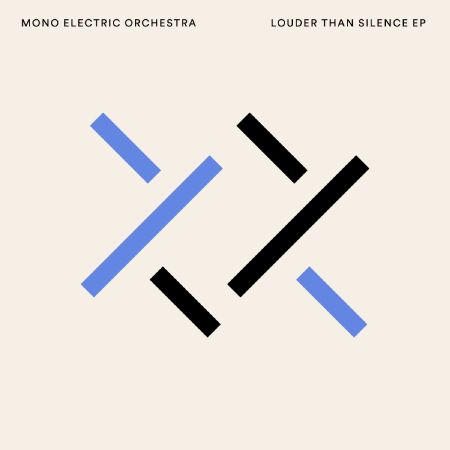 The ‘Louder Than Silence’ EP marks a much-anticipated return and Bedrock debut for Barry Jamieson’s Mono Electric Orchestra project, focused on conjuring up the spirit of classic and timeless music, pushing boundaries and looking to the future. This latest EP is a showcase of Barry’s ever-careful devotion to perfection, a diverse package that displays a unique variety of moods and textures across the landscape of the current electronic scene, stamped unequivocally with his masterful sonic wizardry.

Title track ‘Louder Than Silence’ dives deep into delicious dub territory, with a peerless, controlled display of mood changing electronics, bedded on a spacious head-nodding groove, sprinkled with an ever changing array of FX and a smattering of Barry’s own wistful vocals as the track shifts up a gear in the final third. In perfect contrast, the pulsating, jittery tension of ‘Lost Track’ is a trans-continental express of hissing hi-hat energy, overlaid with the seductive vocals of Taka Boom (recorded by Mark Bell at Blakkat USA in LA). An equally absorbing alternative – the soaring, vocal free ‘Deep Mix’, is also featured here. Finally, the irresistible, hypnotic pulse of ‘Neutral Density’ closes the EP, with Barry’s deft creative skills subtly blending speedy, linear percussive energy with melodious motifs, founded on a relentlessly dancefloor-driven attitude.

Although, perhaps not a household name, Barry Jamieson has been an integral operator within the electronic music scene since the mid-80's. With 30 years worth of exceptional creations as a producer, engineer and artist, many people will have inadvertently come across some of his work for the likes of Madonna, New Order, Depeche Mode, UNKLE and Seal, to name but a handful. Barry has spent the last decade working alongside Sasha and Charlie May (Spooky), recording and mixing much of Sasha's work, including the ground breaking ‘Involver’ and ‘Involver 2’ albums. Most recently, Barry has been working with Sasha and the team again, helping to create Sasha’s ‘Refracted : Live’ tour. After his involvement with Sasha’s ‘Scene Delete’ album, Barry has helped create the technical side of the ‘Refracted : Live’ shows, as well as designing all of the sounds for the tour. His production work has earned him a prestigious Grammy nomination, and he also runs his own Circular Sound Recordings (CSR).

The Mono Electric Orchestra’s debut single ‘Blunt Force Trauma’ appeared in 2012 on Manual Music, featuring an incredible remix from Max Cooper, and was followed that same year by ‘Indifference’ (after an exquisite rework by Henry Saiz featured on his classic ‘Balance 019’ mix album). 2014 saw the project pop up again, this time on Hope Recordings, when Nick Warren featured ‘Uno Momento’ and ‘Low Ball’ on his ‘The Soundgarden’ mix album. Since, then, apart from a couple of remixes for Mike Griego (Replug) and Hal Incandenza (Natura Sonoris), the Mono Electric Orchestra has been silent. Now, in 2018 this crucial creative project returns on Bedrock to showcase more timeless music that stands for pure quality and originality.