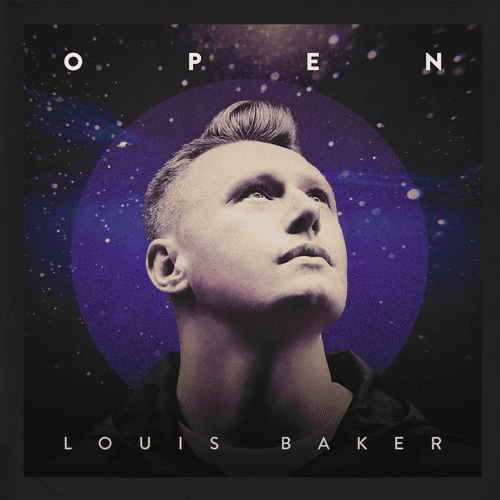 by ihouseuadmin
0 comments
Today critically acclaimed singer-songwriter and modern soul prodigy, Louis Baker shares his debut album with the world. Open sees the celebrated voice dive into new emotional depths, weaving themes of self-acceptance and human connection into an expansive body of work.
Sitting at nine tracks, the album features Baker’s playlist-smashing new single “So Lo” (11 x New Music Fridays), which premiered with Pilerats, Baker’s beloved anthem for his home turf “The People“, plus the Silver Scroll nominated “Black Crow” and more that are yet to be discovered.
Open sees Baker taking the next step, tackling issues of personal and global significance with the kind of sincerity and organic artistry that is truly rare to come by. Baker’s moving social commentary “The People” carries the opening spot with unshakeable bearing, as listeners are invited to participate in a discourse around the modern working class condition. The track is also a tautoko of the community Baker grew up in (Wellington’s inner city suburb of Newtown) and the everyday faces who give the place life.
“Each song on the album is a conversation. On this record, I try to put life into perspective, battle between the light and the dark, and seek to make sense of the world around me,” Baker explains.
Feeding into the neo-soul inflected “Heart On Fire” featuring Melodownz, Baker begins to unfurl the varied influences that inspired the sounds of Open, blending acoustic and electronic instrumentation and therein, solidifying his own take on roots and modern soul.
Baker’s gripping vocal tone maneuvers from his inherently emotive falsetto to rich low range in the understated ballad “Just A Memory”, cradling notions of reminiscence and past love in tasteful r&b arrangement. Groove-heavy track “Alive” brings forth lyrical ruminations on the search for meaning and true presence in life, as Baker grounds these universal concepts in reverberant electric guitar and an earthy, percussive feel. The soaring title-track rounds out this cathartic record, as Baker sheds resistance to change and embraces an openness to the future.
From Baker’s humble home studio set up in Pōneke/Wellington, New Zealand, to London, Los Angeles, and Sydney, Open came together in collaboration with many friends and notable names such as Grammy-nominated Engineer and Producer, Steve Rusch (Kendrick Lamar, Solange, Raphael Saadiq), Brad Ellis (Jorja Smith, James Arthur, Wilkinson), Jordan Rakei (Tom Misch, Disclosure) who co-produced the title track with Louis, multi-platinum selling songwriter Lindy Robbins (Andra Day, Chromeo), Josh Fountain (Bene, LEISURE, MAALA), and Laura Bettinson (FEMME).
What the music world is saying about Louis Baker:
“rich and intoxicating” – Pilerats
‘incredibly soulful.. stiflingly raw’ – Earmilk
‘a curiously soulful vocal style’ – Clash Magazine
‘such power in Baker’s songwriting’ – Line Of Best Fit
“the future’s certainly looking bright for Baker” – Undertheradar
“with his debut album finally out in June, it’s a voice we’ll be hearing a lot more of” – Newshub
OPEN TRACKLIST
1. The People
2. Heart On Fire
3. Black Crow
4. So Lo
5. Just A Memory
6. Addict
7. Figure 8
8. Alive
9. Open
OPEN IS OUT TODAY ON ALL STREAMING PLATFORMS VIA DITTO MUSIC WORLDWIDE
LISTEN NOW ON: SPOTIFY | APPLE MUSIC | ITUNES | BANDCAMP