Benjamin Carlisle - Love Me Like This (Jaguar Skills Remix) 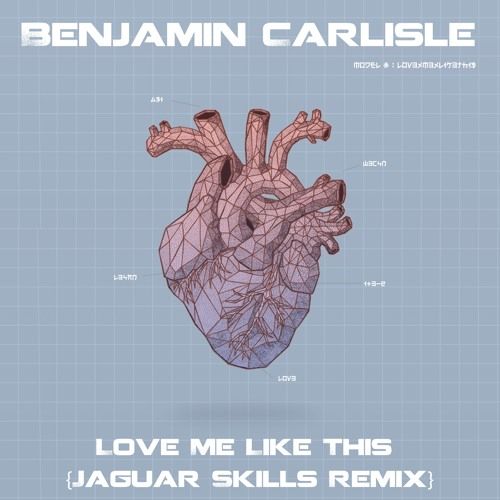 Benjamin Carlisle - Love Me Like This (Jaguar Skills Remix)

After the release of his debut original on Sony’s Insanity Records last month, Brooklyn based producer Benjamin Carlisle’s ‘Love Me Like This’ receives the remix treatment from enigmatic British producer Jaguar Skills – out now via Insanity Records.

Taking the original to a drastically different realm, Jaguar Skills picks up the tempo with an energetic drum & bass beat and reverberating percussion. Building the track up around the original vocals, Jaguar Skills stays true to his emphatic production style, delivering a flurry of gliding synths and jubilant instrumentals pushed along by a classic drum & bass bassline. The perfect addition to your playlists in the run up to summer, this remix is available to buy and download across all DSPs now.

As his inaugural release on Insanity Records, ‘Love Me Like This’ (Icarus Mix) has already caught the attention of an array of prominent names in the music industry. Landing its radio premiere as Mista Jam’s ‘Inbox Fresh’ track on BBC Radio 1xtra, and gaining plays from some of the world’s top DJs including Sam Feldt, Paul Oakenfold and The Magician, it is evident that Benjamin Carlisle has what it takes to stand out from the crowd and gain recognition for his top-quality productions. With plenty more diverse and exciting creations ready and waiting for release, make sure you keep your eyes peeled for more coming from Benjamin Carlisle very soon.