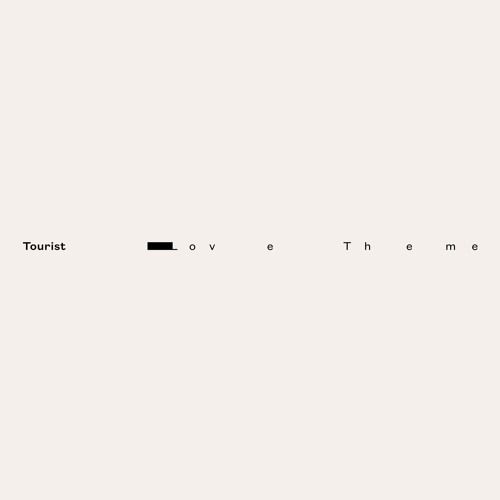 Pioneering UK producer and composer Tourist (William Phillips) today releases ‘Love Theme’ ahead of his sophomore album ‘Everyday’, which is out tomorrow.

‘Love Theme’ is a deeply rich and shimmering upbeat new single which follows‘Emily’, ‘Hearts’, ‘Someone Else’ and the mesmerising ‘Apollo’ from 2018. Starting with a sparkling vocal sample and picking up into a triumphant swell of synths that bounce along with a bristling house beat, 'Love Theme' is a prime example of what makes Tourist one of electronic music's most talked about artists.
Considered an "artist's artist", Tourist's fans include the likes of Flume and Porter Robinson who have expressed their admiration for his past releases. After his 'self-titled debut EP' (2012), ‘Tonight EP’ (2013) and ‘Patterns EP’(2014) featuring guest appearances by the stunningly talented Lianne La Havas and Will Heard, Tourist went on to win the GRAMMY for co-writing Sam Smith's breakthrough single 'Stay With Me'.

The artwork for Everyday comes from acclaimed British photographer Nigel Shafran who also directed the minimalist yet quietly captivating video for 'Apollo'. In 2018 Tourist revealed 'Tourist Essentials' – a collection of works dating back to 2012 curated into one creative piece. Building detailed soundscapes and bittersweet dance tracks, William embraces a wide scope of song-making encompassing a diverse artistic approach to music.

Later this year Tourist will be heading touring around the globe, including a UK run of shows where he will play Dublin, Manchester, Bristol and London.