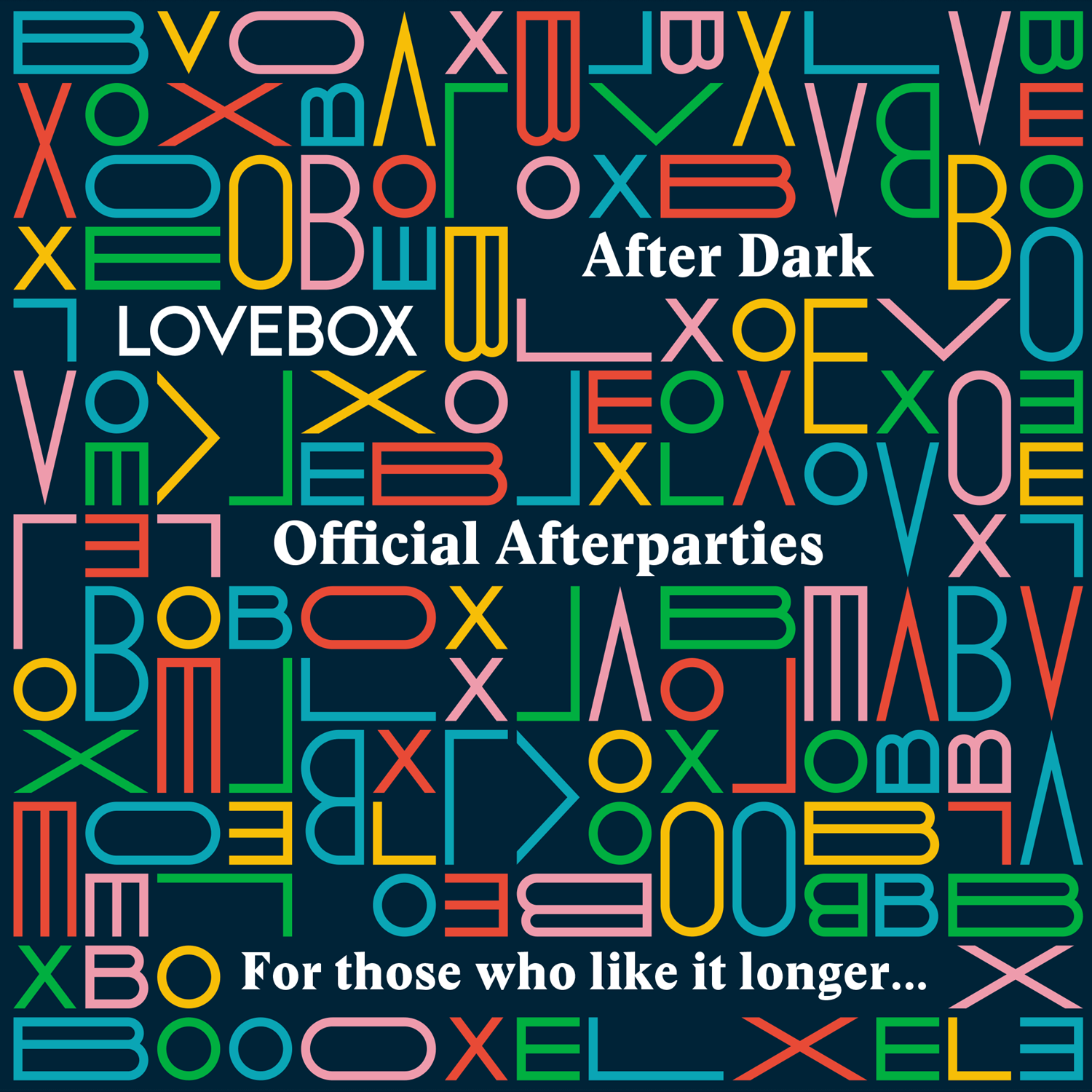 This year, Lovebox has already assembled its most dazzling roll call of talent yet, with a roster of acts both legendary (Nas, M.I.A., David Rodigan), and upcoming (Joey Bada$$, Jess Glynne, Cyril Hann); chart smashing (Katy B, Duke Dumont, Chase and Status live) and genre redefining (The Horrors, A$AP Rocky, Mount Kimbie), all ready and waiting to make July 18th and 19th two of the most exciting days of your summer.

Now, for 2014, Lovebox are also introducing After Dark – a series of parties that pick up right when the festival ends – for those who like it longer. Spread across various venues on Friday, Saturday and Sunday, they are the perfect solution for those who don’t want the fun to end just yet, and keep the party going on until the early morning hours.

On Friday, Oval Space plays host to the legendary Bristol party Futureboogie as they welcome Hot Creations’ latest signing and renowned party-starters Bonar Bradberry and Tom Thorpe, aka PBR Streetgang, and Darshan Jesrani from the Brooklyn based nu-disco purveyors Metro Area. While nearby, at Village Underground, The Hydra have called in The Gaslamp Killer and Modeselektor to keep feet moving all night. Massively acclaimed as much for his wildly eclectic DJ sets as he is for his own music (including his debut “Breakthrough”), The Gaslamp Killer is sure to thrill, as will the Thom Yorke adored, boundary smashing duo Modeselektor. Meanwhile, in a secret location in East London, the offbeat club night Kubicle (which started nearly 10 years ago in converted underground restrooms) will bring good music, good times, art installations and other interactive elements to the underground house music scene to exciting effect. Guests in the past have included the likes of Craig Richards, Jamie Jones, Luca C, Richy Ahmed and more, so expect a similarly dazzling guest or two here too.

Visionquest, the clique of the best and brightest DJ talent from Detroit, takes over the Oval Space with the help of Benoit & Sergio, who transcend any easy genres to create dance music for a post-LCD Soundsystem world. Over at Factory 7, Krankbrother, the London based party and DJ duo, have enlisted Swedish techno figurehead Adam Beyer and Berlin-based DJ/ producer / Hotflush label founder Scuba to create a party that you won’t soon forget. And at Village Underground, Lovebox Presents Fierce Not Shady who will be bringing out Boston’s Soul Clap.

Sunday at Oval Space sees the two London club night promoters Love Fever and Horse Meat Disco go head to head. Formed in rebellion against the ‘super’ clubs so prevalent, Love Fever aim to bring heart, adventure and drama to the London party scene. The four-man DJ collective Horse Meat Disco meanwhile, are already notorious for putting on nights inspired by the music and inclusive ethos of New York’s heady club scene in the 80s & 90s. Nearly in their tenth year of existence, the quartet have garnered a unique and well-deserved reputation for throwing amazing parties and unmatchable sets, ranging from classic to cosmic to deep disco, italo, punk funk, house, even techno and beyond. With this astonishing lineup demolishing dancefloors across East London, the Lovebox weekend just got bigger and better.

OVAL SPACE
Visionquest
featuring Benoit and Sergio
11pm till 5am

FACTORY 7
Krankbrother Presents
Adam Beyer and Scuba
11pm till 6am

LINE UP SO FAR: