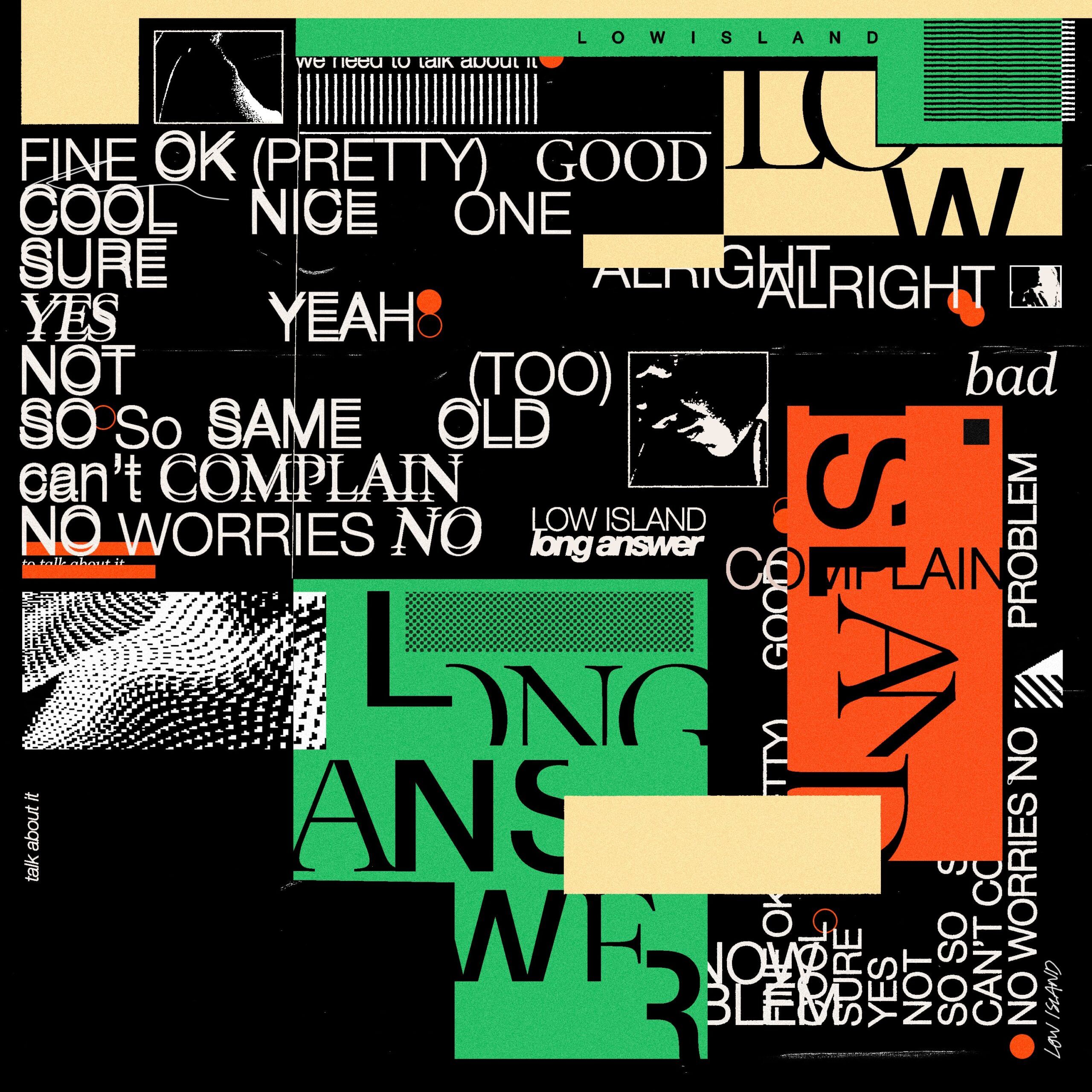 Ahead of their upcoming UK headline tour, Oxford electronic outfit Low Island have announced details of their new EP Shut Out The Sun, due for release on 29th October. Along with the announcement, the band have also shared a new single ‘Long Answer’, taken from the EP.

Inspired by Brazilian grooves and Congolese guitar playing, ‘Long Answer’ showcases Low Island’s most expansive sound to date. Co-produced by Oli Bayston/Boxed In, the track was inspired by a close friend of the band experiencing a severe and prolonged mental breakdown, and feeling embarrassed and ashamed as a result.

About the track the band say: “The lyrics mainly address the person directly, but they also challenge the generation and attitude that have perpetuated a poisonous image of masculinity, which has only served to emotionally stifle and stunt suffering men.”

From the reliance of search engines for life’s biggest and smallest conundrums on ‘Search Box’, to drifting apart from people as the world becomes evermore connected on ‘In Person’, Shut Out The Sun is an EP that  frankly addresses the complexities and anxieties of modern life, magnified by a multidimensional electronic soundscape.

The title of the EP takes its name from Michael Zielenziger’s book ‘Shutting Out the Sun’, which describes the experiences of the Japanese Hikikomori: a generation of mostly young men who have shut themselves off from society in their bedrooms because of perceived failings in their lives.

Explaining the title in more detail the band explains: “The Hikikomori represent one extreme response to modern anxiety. Another is escapism, and for us, Shut Out the Sun is evocative of both; alone in your bedroom or immersed in the club, both private and communal. It’s a duality that we’re often trying to convey in our music by setting these subjects against instrumentals that draw strongly upon dance music.”

In support of the EP, Low Island will embark on a UK tour, their first headline shows following their stand-out gig supporting Crystal Fighters at Brixton Academy and a host of festival appearances this summer including Glastonbury, Latitude, Open Air Zurich, Reeperbahn and more.

The tour will encompass a special, one-off ‘Low Island and Friends’ show at London’s Electrowerkz on 6th November. Taking over the venue’s main room; the night will see a multi-arts showcase in the spirit of their sold out Scala show in 2018, where the venue was filled with dance and art installations, DJs and bands.

Low Island is multi-instrumentalists/singers Carlos Posada and Jamie Jay, bassist/keyboardist Jacob Lively and drummer/percussionist Felix Higginbottom. ‘Shut Out The Sun’ EP follows on from support by the likes of NME, CLASH, Dork, EARMILK, BBC R1’s Annie Mac & Jack Saunders and BBC 6 Music’s Tom Robinson who said of ‘Search Box’, “Low Island are back – and their new single almost made me fall of my perch…we’ll have them rocking the Pyramid Stage yet, mark my words.”