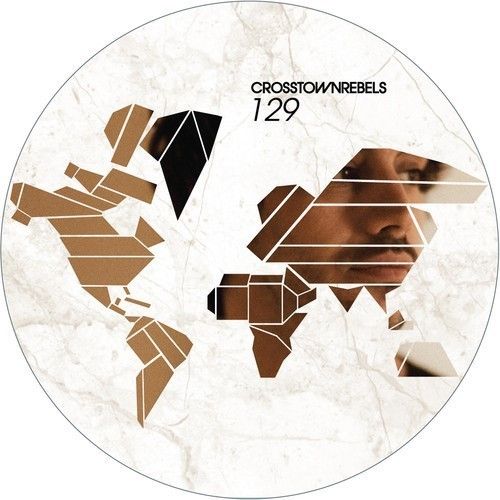 To listen to Luca Cazal describe his forthcoming EP; his first solo offering after being involved in some of the biggest and most profile releases of recent times, including Infinity Ink, Luca C & Brigante, Invisible Cities and of course global mega outfit Hot Natured, is to eavesdrop on a producer breaking through with a singular vision, taking aim directly at the dance floor.

“With my first EP I wanted to show different sides of my musical output, whilst keeping to the spectrum of club music” says Luca. With a vault of various studio projects to his name, Luca embarks on a quest of self-discovery with his first solo release on Crosstown Rebels. “I seem to have found myself involved with so many different projects in recent times so with my EP it was liberating to be left to roam free.” he continues.

Title track Mariri is a voyage of tightly programmed classic tech-house that reaches its apex amongst its echoing eerie vocals. Indeed the vocal started life as a field recording made by Luca in Peru, a constant inspiration in his work. The bare murky beats of the EP’s lead track are remixed by Detroit mainstay Stacey Pullen with further rasps of raw production.

Continuing to hover on the edge of techno, the analogue offering “The Bullfrog”, co-produced with Hot Creations new talent Mark Jenkyns, projects the EP further onto the dark dance floor.

Ending with his collaboration with BL_NK SP_C_S, Luca adds the perfect tone to the passion filled vocals, that expertly wraps this exciting and varied EP.

Where there is little doubt that Luca Cazal’s past productions helped forge his musical foundation, this EP of elegant simplicity, strengthens not only the freewheeling spirit of the scene’s leading independent label, but is the perfect showcase for the rapidly emerging Luca Cazal.