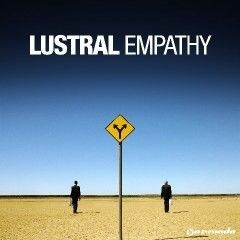 When British producers Ricky Simmonds and Steve Jones joined together to form Lustral, they started a partnership that would last for over fifteen years. Banking on genuine musicality and inspired concepts, the duo saw club and chart success with their very first record: ‘Everytime’ featuring Tracy Ackerman. That was in 1997, and the duo have made waves under a handful of influential aliases since their inception.

After a string of exceptional releases, Lustral return once again in 2014 for the release of their latest album: ‘Empathy’. Coming four years after their last creation, ‘Empathy’ reflects the time, care, and dedication needed to produce a record of substance. This is the kind of record you can look back on and be proud of, decades down the road.

Right from the first track, you can tell what this record is all about: heartfelt songs delivered by amazing vocalists, writers, and musicians. In a world increasingly dominated by hype and loud drops, Lustral are releasing a record that is decidedly timeless. These songs aren’t just the trend of the moment – they’re lasting pieces of beauty that will transcend the boundaries of genre and time.

At times, ‘Empathy’ feels more like a pop record than dance, which speaks to the transcendental quality of the album. When the beat kicks back in, you remember listening to the first Lustral record so many years ago on Hooj Choons, and knowing then that these guys had the staying power to achieve a long and fruitful career.

The vocals on this album are provided by Ricky Simmonds, Abigail Bailey, and Laura Jenkins, and the blending of the talents of these sublime performers is immediately apparent. From spacey grooves on ‘When My Satellite Falls Down’, to the intensely driving trance of ‘I Can’t Wait’, to the pop prowess of ‘I Feel You’, there’s a massive spectrum of sounds and concepts in here.

Now, Armada Music is releasing ‘Empathy’ to a slew of eager fans. For those who’ve been tracking Lustral for a while, this album will be as much something pristine and brand new as it will be coming full circle to where it all began.