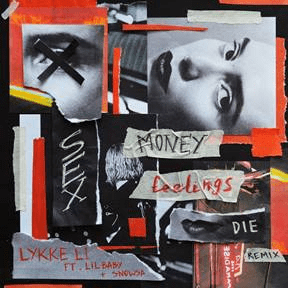 LA based, Swedish vocalist, producer, and songwriter Lykke Li has released a brand new remix/reimagining of her song “sex money feelings die” featuring Lil Baby and Snowsa. Click HERE to listen now. This is the first track from her forthcoming EP, still sad still sexy, a collection of new music and remixes due out later this summer via RCA Records. The original version of “sex money feelings die” is featured on Lykke’s fourth studio album so sad so sexy released last year to critical acclaim.

Lykke performed the title track from Mark Ronson’s forthcoming album Late Night Feelings on the Jonathan Ross Show and will be featuring on a second track on Ronson’s album entitled “2AM,” available on June 21st.

In addition, Lykke will be supporting Florence and the Machine at British Summer Time, Hyde Park on 13th July.

About Lykke Li: Lykke Li has become an iconic staple of the indie-pop world with a decade spanning career. Noisey declared her “the high priestess of cool pop.”  She has performed at revered music festivals including Glastonbury, Lollapalooza and Coachella, to name a few. Time Magazine wrote of her latest studio album so sad so sexy, Li is as “ethereal and haunting as ever on her new album…she deigns to bless us with songs that are gentle and searching, but with sharp pop and a few well-chosen hip-hop edges.” Fader declared the album “…one of the most anticipated pop releases this year…the tracks are, indeed, very sad and very sexy…The Swedish singer’s fourth album combines her open-wounded songwriting with a new pop sound. …terrific new record.” Pitchfork concurred about the album as having “inventive sonic choices around every corner…It’s a futuristic quiet storm, and there’s no shelter.” NPR describes her artistry:”Lykke Li has always found her own path through pop music. She is and isn’t a part of that landscape, instead dancing along its edges where the grass grows wild.”https://smarturl.it/SMFDRemix