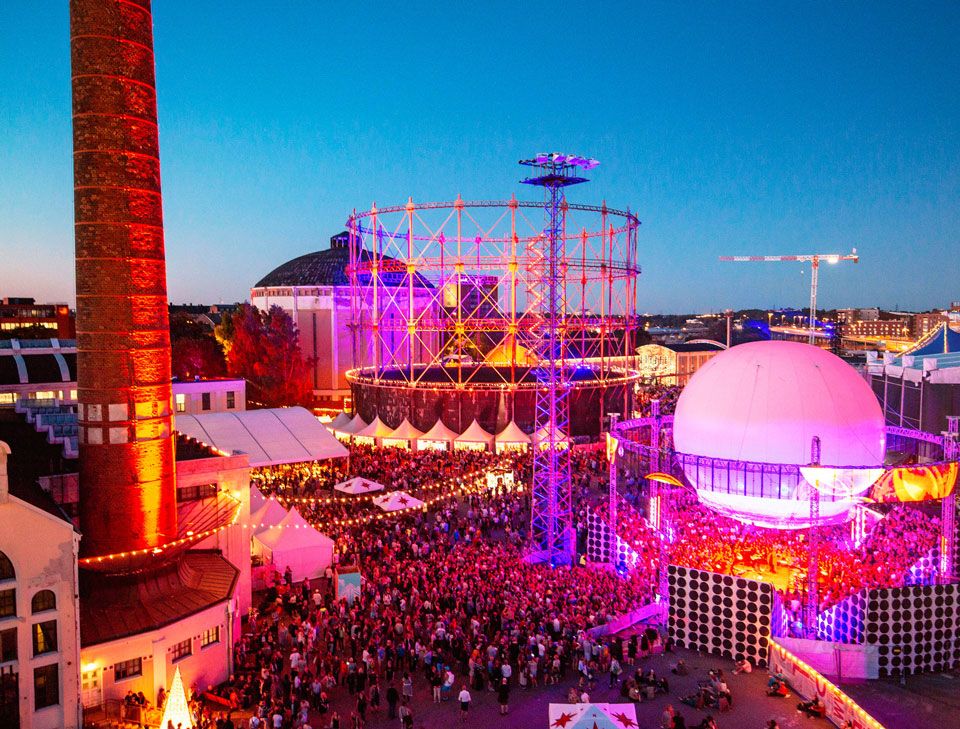 Resident Advisor Front Yard will see performances by Maceo Plex playing deep, emotional and futuristic house, inventive aural architect Jon Hopkins who's equally at home with indie or club crowds, Dutch Fatima Yamaha, known for her hit What’s A Girl To Do, Inga Mauer who peppers her sets with everything from edgy electro and industrial techno to EBM and new wave, Lena Willikens whose playground is a mixture of proto-techno, synthetic disco and raw house, Japanese house producer Soichi Terada and a back-2-back set by Lauri Soini and Salon Des Amateurs club's resident-dj Vladimir Ivkovic.

Resident Advisor Front Yard green field will also host Clara 3000, the newest member of the famous Kill The DJ -collective, a player in Montreal's alternative club and arts scenes Marie Davidson, promising British newcomer Willow, an expert in all manner of house and techno, Moko Shibata from Tokyo aka Powder, one of the most promising performers in modern house and disco, as well as Sadar Bahar, a specialist in the roots of house and soulful, rare groove disco. Domestic acts include one of Finland's most respected djs Toni Rantanen aka Lil Tony, one of the prime movers in Helsinki's club scene since the 90s and a force behind clubs like Kerma, Kuudes Linja, Kaiku and Ääniwalli as well as a member of the Flow Festival team as well as Linda Lazarov who has in just a few years risen to become one of the sharpest new djs in Helsinki with her sets consisting of EBM, electro and new beat.

The Flow Festival grounds will see a lot of improvements this year and moving around will be even easier than in previous years. Resident Advisor Front Yard is one of the festival's new areas.