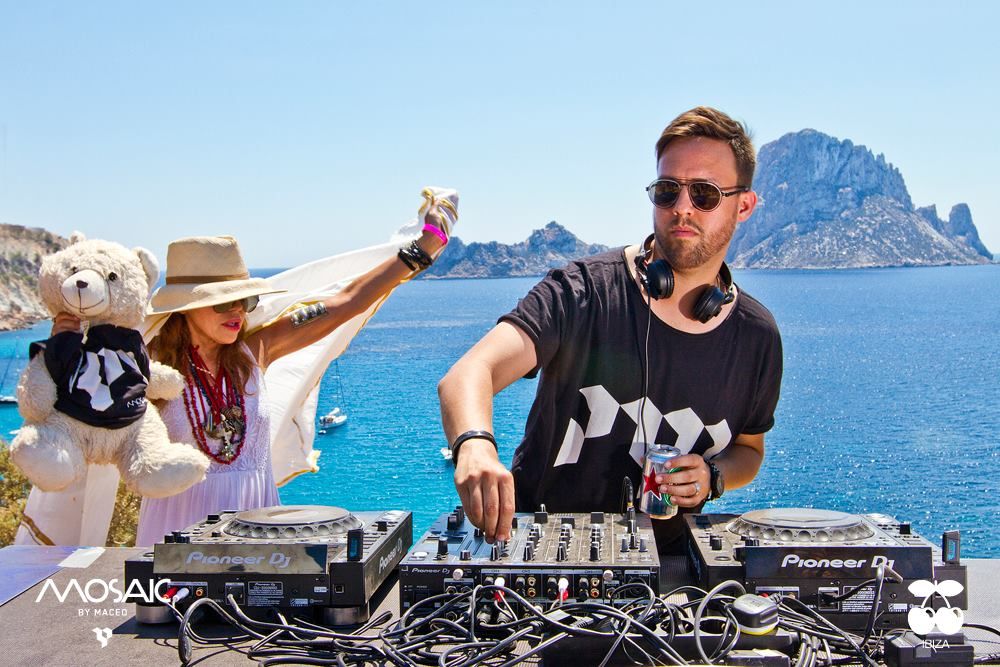 The Dj and producer took us on a journey around 10 different spots of the island with sessions tailored for each location, stopping by Pacha, where he has his weekly party Mosaic

There are feats that are long remembered and Maceo Plex’s on Tuesday 26th is one of them. In just one day, the Barcelona-based Dj showed us the array of fascinating sites and sounds Ibiza has to offer via 10 different sets in 10 magic places. It was a unique day we won’t forget!

The day started off at Pacha 67 Sail Boat. The sea is one of Ibiza’s natural elements and it is essential to understand it. Other sets took place in iconic sites such as the Cala d’Hort mirador, which offers astounding views of Es Vedrá, an imposing natural area and one of

Ibiza’s symbols; the mythical beach bar Sa Trinxa in Ses Salines, where Maceo Plex unleashed the party; the Festival Club at Sant Josep, an abandoned dancing bar with a decadent, magic, rave-style energy where Bob Marley performed back in the seventies; the stop at the radio station Ibiza Sonica; or the solemn sunset from Hostal La
Torre in San Antonio, the most Balearic set of all.

Then came a set at the tiny Mezcalería Mexiterránea to the surprise of everyone strolling around Dalt Vila; Tantra, where the official pre-party was celebrated; and Pacha, where Maceo Plex was accompanied by Michael Mayer, Rebolledo and Patrice Bäumel, among others. This exceptional visual and sonic journey finished at the Elephant Restaurant.

Watch the aftermovie and the official photos of the day below.