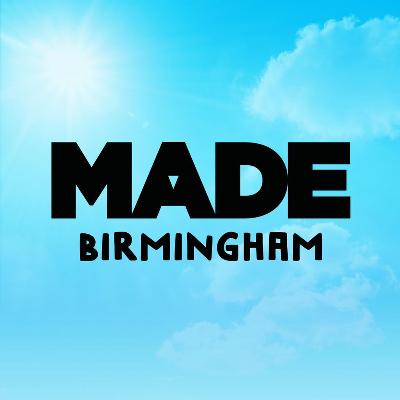 As if the festival didn’t have it made already for their third stint in Birmingham, the phase 1 lineup lead by Rudimental, Stormzy and Andy C now sees MADE Birmingham reveal several extra on-scene and in-focus acts for 30th July. Taking place in the concrete complex of The Digbeth Triangle and championing the inner-city culture which makes every square foot its canvas, a phase 2 of prominent musical artists connected with the street perfectly compliment artistry MADE on the street.

Leading voices of the city, wordsmiths and songsmiths of city sounds, the list of names freshly included in the lineup is full of on-fire figures. Birmingham’s finest and ex Streets man, Mike Skinner and Manchester based music and arts collective, Murkage bring their discerning party brand TONGA to the Digbeth Triangle this year, far and wide seizing the scene with this series during the fever pitch of Grime. This eccentric meeting of the street-minded is reflected across an eclectically street-mindful bill, boasting fellow locals, Chris Lorenzo and Low Steppa.

From home grown to international talent, Noisia is called in to deliver their 15 year developed dose of uniquely nuanced, pure, visceral noise as well as Hospital records certified FRED V & GRAFIX, who are just the medicine for MADE, bringing Birmingham their fix of the most credible and crafted D&B. Straight out of the same Hospital ward comes S.P.Y. with a highly demanded ability to diagnose every crowd’s needs, and connect with so many through his evocative mixing. Something that could similarly be said for Monki, who makes that connection through bass music her mission every episode on Radio 1. With recent album ‘X Colour’ fresh out, Redlight is a respected headliner in his own right grown straight out of Garage and a whole palette of roots, clearly well rooted here. Bass tones will be dominant at MADE, providing the base for every bar from the scene-shaping, scene-shaking MCs, promising to promote the culture nowhere better.

LINE UP SO FAR