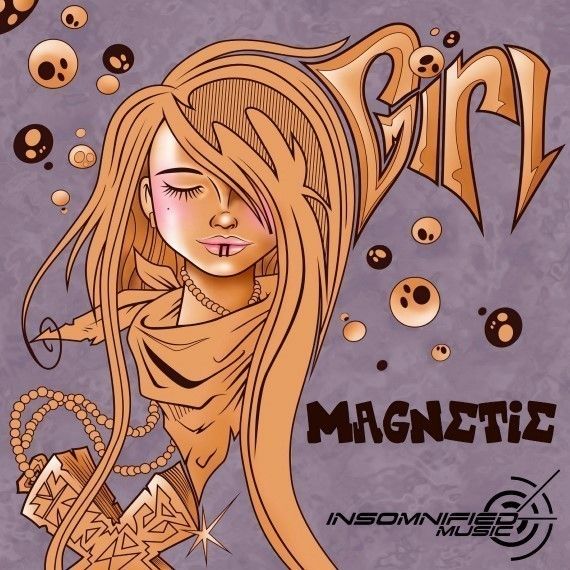 DJ/Producer MAGNETIE has set out her own path in the world of EDM for the last few years. With an impressive discography to her name, she’s been showcasing her unique sound on the road which ranges from EDM bangers to more underground tech house and techno. Recently she teamed up with Black Hole Recordings as she founded her own label INSOMNIFIED. The fourth release on the label comes from her own hand and is appropriately titled ‘GIRL’. A very uplifting big room house production featuring a sweet vocal sporting top notch production.

MAGNETIE: “The song is a bit melancholic, The song doesn’t have much vocals, and that’s om purpose. I was looking for something sexy.; the vocalist has a killer voice and she had exactly that sound I was looking for. I actually made about 7 different versions of this song in several different styles before I released it. It was a journey for me to decide on the best vibe to go with the vocals, but I feel I found it, and will release a few of the other versions as well over time. recorded the track in my home studio which is very humble. It consists of my home computer, a few midi keyboards, Ableton, lots of plugins and two speakers. So far the track got some really positive feedback, for example from DI.FM, Kandra, William Daniel of Tilllate Magazine, Trancehub and Accuradio.

My music career accidentally started when I got two Technics 1200′s, a Rane mixer and two boxes full of DnB and reggae vinyl as a down payment from a friend when I was just 14 old. I initially meant to sell these items, but that ultimately didn’t happen.. And then I eventually taught myself to spin records with these and the rest is history.”