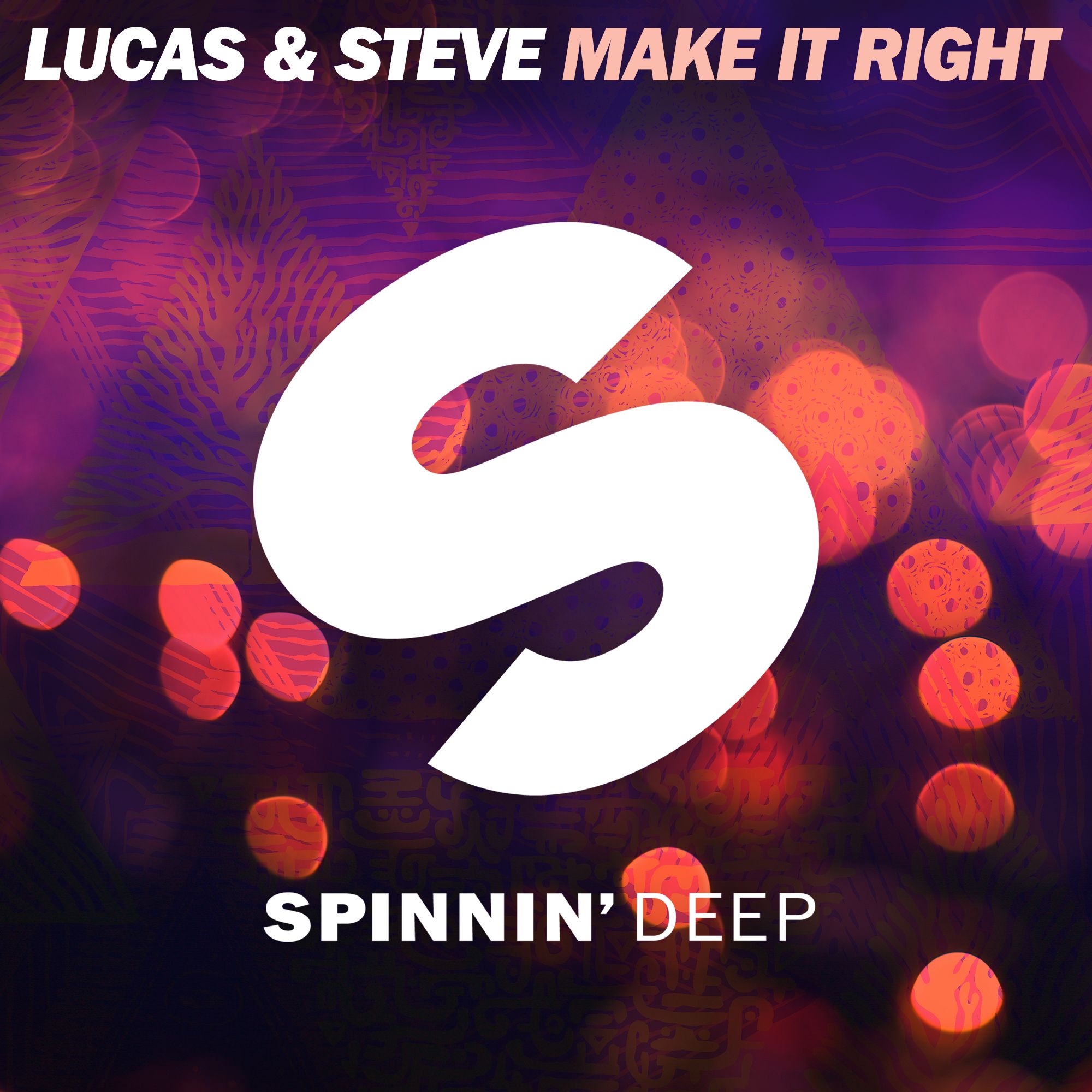 To put it mildly, Lucas & Steve are on a roll. As the Dutch duo kept on dropping festival crowdpleasers last year, including the ‘Calinda 2k15’ hit and the massively supported remix of Felix Jaehn feat. Lost Frequencies’ ‘Eagle Eyes’, everything the guys touched seemed to turn into gold. Their most recent hit together with Dr. Kucho! and Gregor Salto (the popular tune ‘Love Is My Game’) kinda underlined their status by the end of 2015; a most interesting collab working up major DJ support and over a million SoundCloud streams, reaching high in the charts.

While making waves with that track into the new year, it can only be seen as the precursor of a bright and shining 2016. And in fact, as the duo successfully remixed The Magician’s ‘Together’ earlier this year, they are now preparing their first official solo release of 2016; and for sure the guys are ready to ‘Make It Right’.

‘Make It Right'
Featuring their trademark feelgood chords, Lucas & Steve have drawn inspiration from a timeless Michael Jackson song, incorporating soulful vocals in a hotblooded house groove. “We didn’t want to make a cover”, Steve explains. “But wanted to create something completely new. So we came up with a totally different hook that only reminds of the Michael Jackson song, but doesn’t try to imitate it in any way.”

With this, ‘Make It Right’ can be seen as an undeniable Lucas & Steve anthem; melodic, sunny and feelgood. “Our remix of ‘Eagle Eyes’ had the same effect. By now, people recognize our sound, and when we played ‘Make It Right’ for the first time at the Sunburn Festival in India, the crowd immediately knew it was our new single. Cameras went in the air, people starting shouting haha! So yeah, we immediately knew there’s a special vibe around this track!”