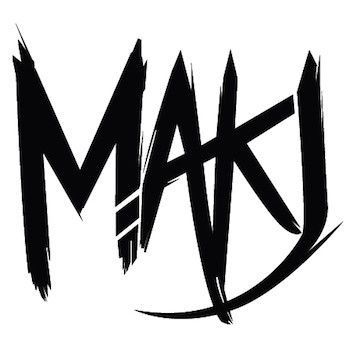 The dance music world is buzzing about MAKJ (Mackenzie Johnson). For those in the know this is hardly surprising – at the young age of twenty-four, the hotly-tipped electronic producer and DJ has already racked up SIX Beatport Top 10 singles since last year. Not to mention MAKJ’s intriguing background – the California native perfected his mixing and scratching skills under the tutelage of the late, great DJ AM, and in years prior existed as a fifteen-year-old pro racecar driver based in China. Now, after three nonstop months zig-zagging the globe between Asia, Europe and North America this summer, MAKJ just announced his Fall/Winter headlining tour that kicked off yesterday in Waterloo, Ontario. With tour dates through December touching down in over thirty cities including Montreal, Las Vegas, Kansas City, Minneapolis, Vancouver, Philadelphia, NYC, Chicago, Boston, festival performances such as Voodoo Festival in NOLA and Groove Cruise in San Pedro and a handful of shows in Mexico, global dance music superstar-in-the-making MAKJ shows no signs of slowing down. MAKJ’s full tour routing is below.

2014 has already seen MAKJ release “Let’s Get F*cked Up,” a huge collab on Ultra Music with Lil Jon, as well as “DERP”, a collaboration with Bassjackers. MAKJ played out these new tunes on his sold-out “Let’s Get F*cked Up Tour” across Europe, followed by his first-ever headlining North American tour, with stops at Webster Hall, Ruby Skye, Beta Nightclub and coveted top-billing slots at Coachella, Ultra Music Festival, Northern Lights Festival, Euphoria Festival and more.

In most cases we would recommend to “watch out for this artist,” but there is really no need to do so when an artist as talented and dynamic as MAKJ is consistently all over the map.