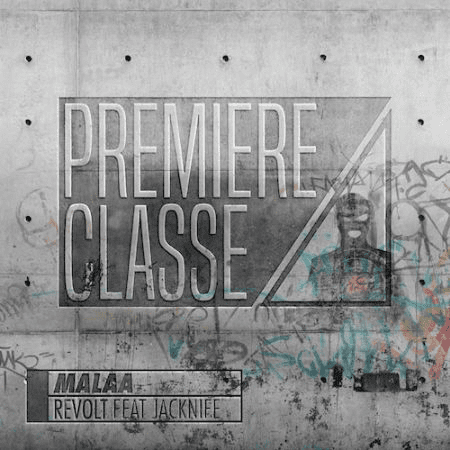 Following his latest release, ‘Addiction’, bass-house producer Malaa delivers his explosive new anthem, ‘Revolt’, featuring JACKNIFE. The track is a percussion-soaked headbanger that translates as a rich collaboration between the two producers. Accompanied by a visual component by Nicolas Caeyers,‘Revolt’ is set for release on May 17th on DJ Snake’s label Premiere Class Records.

‘Revolt’ is a mesmerizing blend of throbbing synths and bass-heavy beats that is a signature craft ofMalaa. Featuring the unique sound of Australian electro-house producer, JACKNIFE, ‘Revolt’ stands as a deep and intricate track creating an instant go-to club banger.

With ‘Revolt’ serving as the second release this year from Malaa, we can expect more hard-hitting tracks from the producer within the upcoming year. This track is an indication of Malaa’s growth as a producer and is just a taste of an exciting year ahead including upcoming shows at The Brooklyn Mirage (June 7), EDC Las Vegas, Freaky Deaky, and more to be announced.

Known for wearing a balaclava on stage, Malaa’s identity remains unknown. With over a dozen singles and EP’s under Tchami’s Confession label, Malaa has made his presence known in the underground dance music community. His work has been recognized and remixed by global artist, Alok and has worked alongside Skrillex and Diplo’s collective, Jack U. Among some of his more popular releases are, ‘Notorious’, his remix for DJ Snake’s ‘Me Oh My (feat. Travis Scott, Migos, and GASHI) and hisTchami collaboration, ‘Prophecy’, which have amassed over 21 million streams on Spotify collectively.

Malaa is no newcomer to the scene as he has graced stages across the globe, featuring appearances atUltra Music Festivals, Holy Ship!, Creamfields, Breakaway, HARD Summer Music Festivals, Moonrise, Spring Awakening and EDC. He recently wrapped up his 2018, ‘Illegal Tour’, where he performed throughout the United States, Canada and France.

An Australian native, collaborator JACKNIFE rose to international attention via successive releases onInsomniac, Kannibalen, Armada & Pinnacle Collective. Prioritizing progress in personal aspects, he is an ambassador for the counterculture of tomorrow.  With previous support from Diplo, Bro Safari, Zeds Dead, Dr. Fresch, JAUZ and more, 2019 is set to be a groundbreaking year for JACKNIFE with tour dates in May/June lined up across Australia and beyond.

Started in 2018, Premiere Classe Records has seen a steady rise since inception with the mantra “No politics, just dope music” portraying the wide range of genres represented by the label.  From a heavy hitting ‘Burn’ by SAYMYNAME to groovy neo disco tune ‘Boss’ by Mercer and Shanghai based pop and dance music prodigy Chace’s ‘Never’, the label showed how to shine a light on music and people they believe in. With a total of 10+ million combined streams and views it’s easy to say the imprints releases have already taken off in a big way. 2019 continues Premiere Classe’s Records reign with the release of ‘Revolt’.

‘Revolt’ featuring JACKNIFE will be available on May 17th.