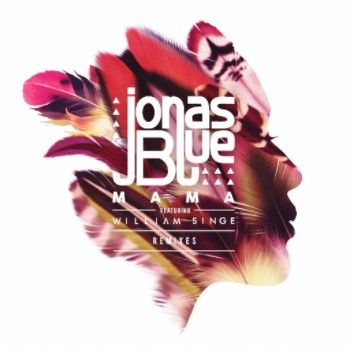 Jonas Blue has unveiled the remix package for summer smash ‘Mama’, delivering a new dance floor perspective to the track, with a range of diverse and varied reworkings from Syn Cole, Dzeko, Pola & Bryson, and Perplexus.

First up on remix duties with a trap-style reworking is Canadian DJ, Dzeko. Isolating Singe’s instantly recognisable vocals, the producer underpins a soft on-rushing build-up with a crushing drop which barricades into life and adds real vigour to the production. The remix is a stark change in style to his days of collaborating with Luis Torres as Big-Room duo ‘Dzeko & Torres’ and shows a real diversity to the producer’s remixing abilities.

With UK duo Perplexus giving ‘Mama’ their own unique interpretation, the crossover hit is soon transformed into a menacing build-up which loops into a funky, reverberated, garage-style drop, echoing some of the UK garage classics of yesteryear. A refreshing take on the original, here lies a remix sure to go off in clubs worldwide this summer.

Heavily supported by Friction, UK duo Pola & Bryson bring their drum and bass take to the track with their heart-rate raising remix, a frenetic production soaked in a high tempo feel with rippling chords and a stomping bassline.

Estonian DJ Syn Cole, first spotted by Avicii following his 2012 remix of the Swedish producer’s track ‘Silhouettes’ rounds off remix proceedings. Bringing a swarm of piano-led chords, Cole’s rework gives the track a zippy infused pop feel, bringing back the days of funk and disco, as he propels the production into barrage of swarming melodic patterns.

The original of ‘Mama’ has so far amassed over 250 million plays, thanks to the iconic melodies of Platinum hitmaker Blue, who has enjoyed monumental success since becoming the UK’s biggest global breakthrough artist of 2016 with hit ‘Fast Car’, earning two Brit Award nominations in the process.

‘Mama’ continues to make a massive impact in the charts. Currently #5 in the UK Official Singles Chart,‘Mama’ has already sold over 1.5 million adjusted units globally, and also gone platinum in Australia and Sweden. With Jonas embarking on notable festivals this summer, including Tomorrowland, V Festival and SW4, he is the latest VEVO LIFT artist of 2017, following in the footsteps of Sam Smith, James Bay, Years & Years and Rag N Bone Man. (LINK HERE)