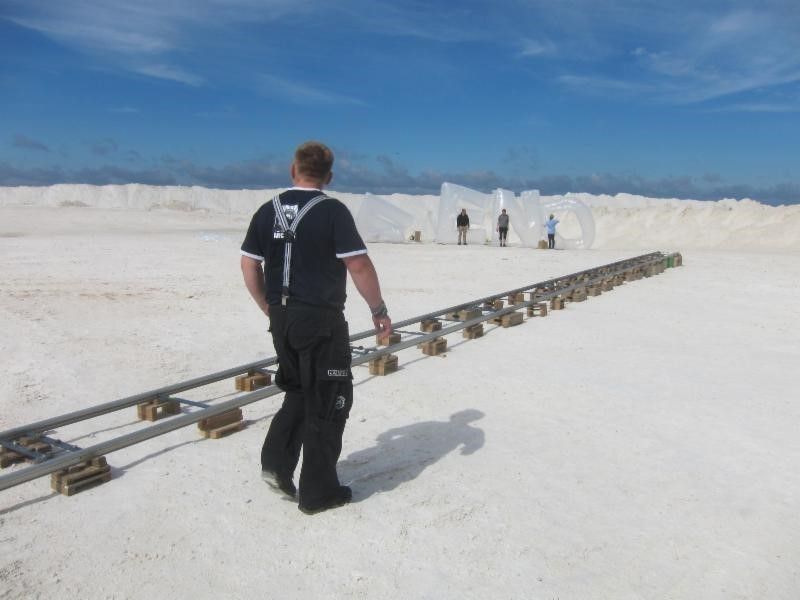 ‘Uumellmahaye’, from the Pink Industry EP, is the second release taken from Ivan Smagghe’s new imprint, Les Disques De La Mort. The track produced by Manfredas pushes the punk limit towards a synth cliff, sitting in the grey area between the end of post-punk and the beginning of techno.

Shot in Lithuania last summer, work behind the video for the track was hugely complex. Crafting a series of letters, the twenty man team assembled and ironed them together out of a greenhouse film.

Utilising a gradual change in frame rate, the entire shoot took around fifteen minutes of uninterrupted filming to shoot a video which lasts for a mere three minutes.