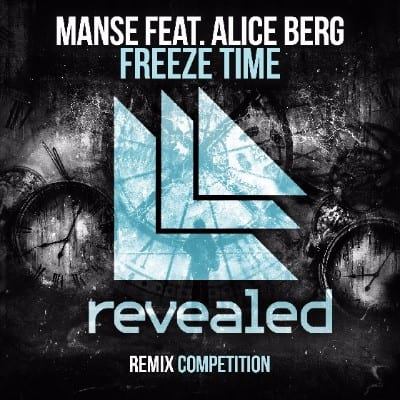 Swedish progressive house star Manse has teamed up with Revealed Recordings for a very special remix competition in collaboration with Wavo.

Back in 2013, Manse himself entered a similar competition, remixing 3Lau, Paris & Simo’s ‘Escape’. He was picked as the winner from over 3500 applicants and launched his music career in the process. Now you can follow in his footsteps and have your remix of his 2015 track ‘Freeze Time’ included on its official remix package, out April 22nd. Get your remixes in before March 30th for a chance to see your work on an official Revealed Recordings release, and potentially kick-start your music career.

On last year’s ‘Freeze Time’ feat. Alice Berg, Manse established himself as one of the hottest names in progressive house, and the colossal track shot to #2 in the Beatport progressive house chart, eventually amassing over 1,000,000 plays on Spotify. As well as having your music appear on the official ‘Freeze Time’ remix release, the winner will also receive a one on one studio masterclass with Manse over Skype.

Here is your chance to flex your remix muscles and see your work included on an official Revealed Recordings release. With Manse’s reputation as one of the rising stars of progressive house, this competition comes with substantial prestige, and with the influence of Revealed behind it all, remains an invaluable opportunity. Manse’s latest track, his remix of Thomas Hayes’ and Kyler England’s ‘Golden’, currently sits in the top 10 of the Beatport progressive house chart, and is out now on Spotify.

Deadline for entry is March 30th, do not miss out!