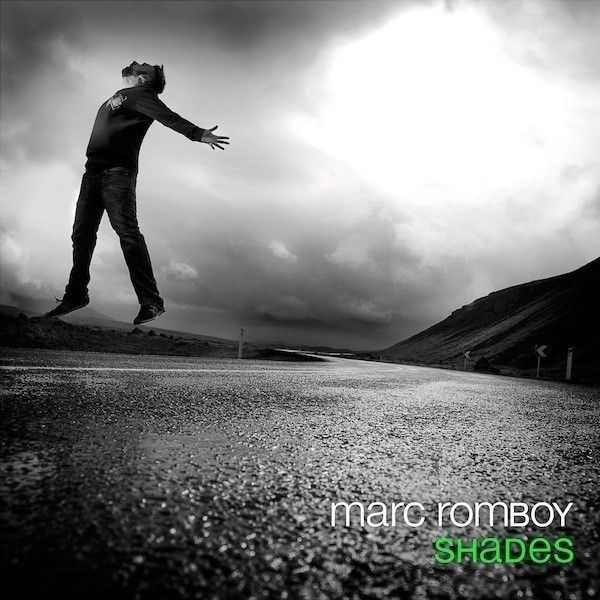 It’s been an exciting few months for Marc Romboy. On the back of his debut live PA at ADE in Amsterdam last October, the artist presents ‘Shades’, a three CD album exploring the different sides to his musical personality featuring a handpicked selection of his finest originals and remixes, plus nine brand new cuts exclusive to the release.

“With ‘Shades’ I wanted to underline the different ways I make music. I just follow my feelings in the studio and don’t think of any style, category or what other people would think about it. This is not easy for people who need categories, but this is me and I only release stuff under my own real name. For disc 1, I went deep, groovy and soulful, disc 2, melodic, trippy and warm and for disc 3 I explored my love of noise, machine rhythms and crazy sounds.” – Marc Romboy

In a stellar career spanning over two decades, German DJ/producer Marc Romboy has been virtually impossible to confine to any clear genre box. Whether exploring melody, percussive-driven robotics or going deep, the Systematic Records chief has excelled in crafting innovative electronic music always with an eye on the future.

On the back of last year’s acclaimed collaborative album ‘Taiyo’ with Japanese techno auteur Ken Ishii, Romboy wanted to present a work that illustrated an even broader sound palette, and thus ‘Shades’ was born.

CD 1 features superb cuts such as the hip-lashing ‘Shake it Again’ created with Fyta & Ray Wilbern, his classic re-work of Terrence Parker’s ‘Love’s Got Me High’ and the hugely popular ‘Delusion of The Enemy’ courtesy of his partnership with Bulgarian-based KiNK, which are just a handful of the many quality tracks on the disc. Additionally collaborations with Blake Baxter (updated version of ‘Freakin’) and Chi-Town house luminary Robert Owens (‘In My Mind’) reinforce Romboy’s outstanding career working with the most respected heads in the industry.

CD 2 is the more sultry companion to its predecessor, with the blissful chord-driven moneyshot ‘Muzik’ again created with Baxter expanding the sound palette, while Romboy goes the brain-spiralling route with US-house veteran Tyree Cooper thanks to the 303-led ‘Lost’. Stellar solo productions also pop up on this disc, best exemplified with the chugging melody-drenched ‘The Advent’, while remixes of Detroit Grand Pubahs, Max Cooper and as yet unreleased reinterpretation of Gus Gus reinforce Romboy’s Midas touch on the rework front.

CD 3 is led by the fittingly titled Kris Wadsworth collaboration ‘The Noise’, a five-minute mind-warbling bass jam, before the tone then shifts markedly allowing the sweeping strings and synth washed sonics of ‘Reciprocity’ to take centre stage featuring vocalist Bajka, who caught Romboy’s ear after her contribution to Beanfield’s minor classic ‘Tides’ on Compost Records in 2007. The track will be released as the album’s first single on the Italian imprint Rebirth in February.

Elsewhere the disc features dream collaborations with Rodriguez Jr., Gui Boratto and Baxter, together with a handful of on-point solo productions, including the brand new cosmic techno cut ‘Stella’, so named after Marc’s daughter.

Marc Romboy has always been one of those artists who has been free of trend-orientated hype and removed from musical trends, instead reveling in a boundary-less approach to music creation and true artistic freedom. And regardless of the shade of his musical palette, he still continues to excite and surprise 20 years on from the birth of his career.