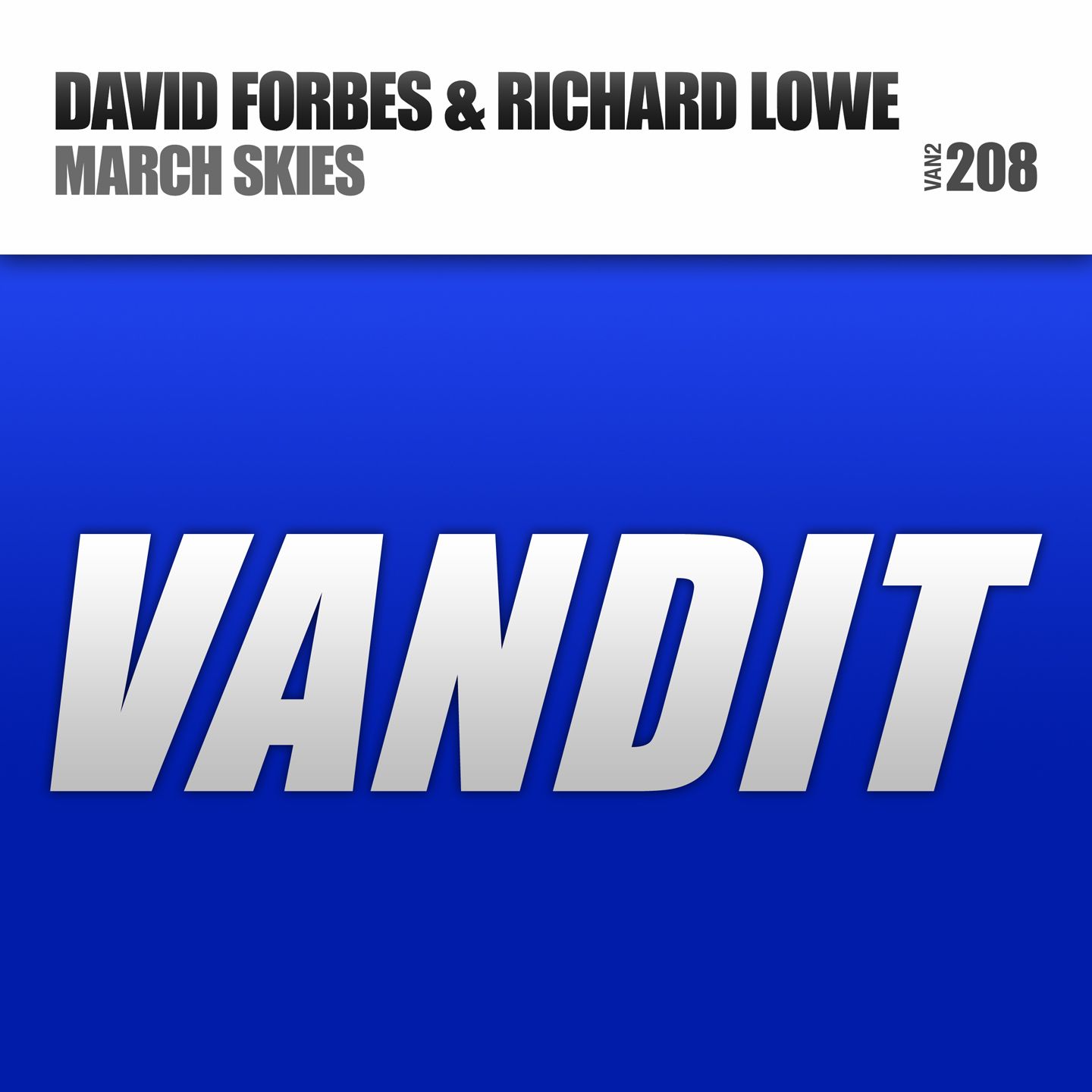 His ‘Hope You’re OK’ single has already given David Forbes a big jump on 2016, with the vocal marvel snaffling all the right types of turntable support and bagging itself a DJ Mag Money Shot into the bargain.

Now, with barely a pause for breath, he’s back with another, equally-as-impressive singles strike. This time out David is on instrumental turf again and is sharing studio space with Richard Lowe. Together with the young Irishman, he’s cooked up a track that’s the perfect encapsulation of ‘March Skies’ seasonally transitional title!

Gliding out in refined progressive style, the track’s intro is a collective deliverance of chilled, undulating bass, metal-on-metal percussion and darker minded sub-riffs. As it enters its main section, the pads get warmer and its chords, more thermal – all sublimating a more temperate feel ahead! As it peaks, in its final third, ‘Skies’ finally turns on the radiant synths for a conclusion that’s nothing if not optimistic.

‘Fair Weather Ahead’ is ‘March Skies’ forecast and, hey, who couldn’t use a bit of that right now!