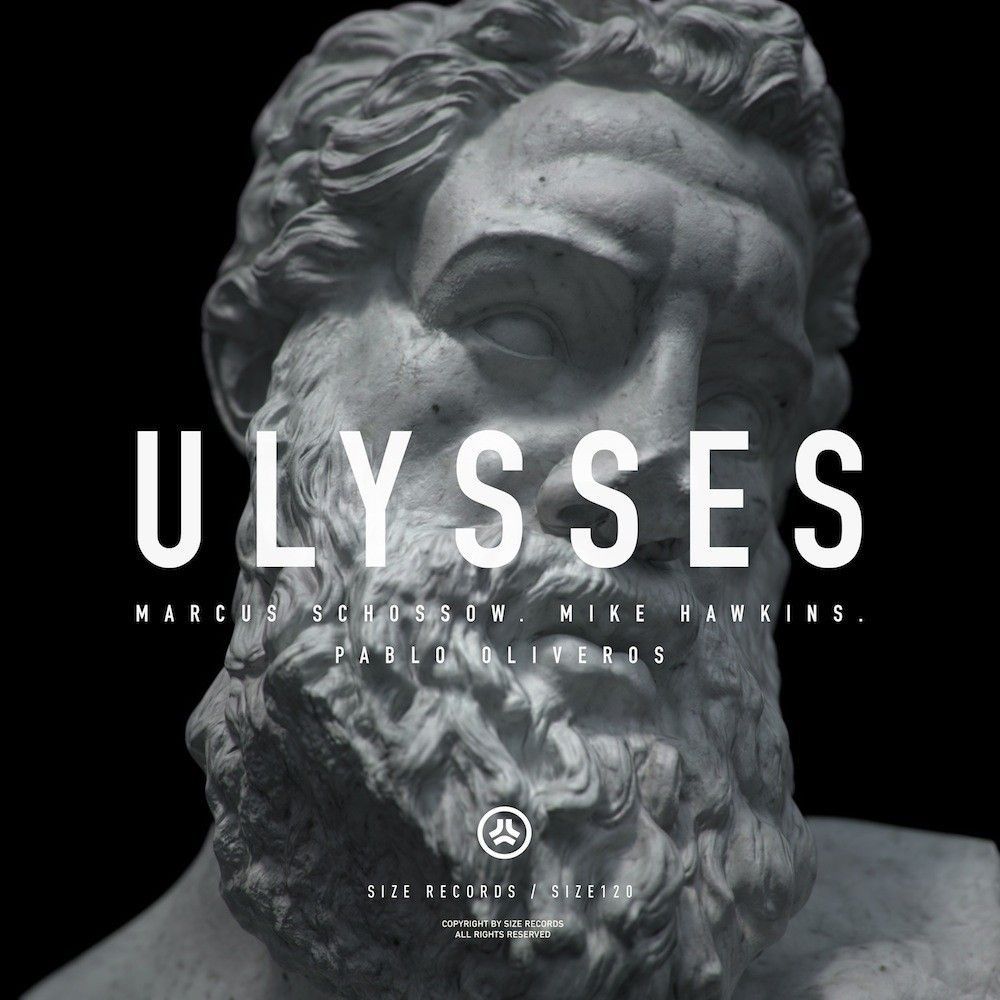 The latest Size release comes in the form of a trio. Swedish Marcus Schössow joins forces with Danish friends Mike Hawkins and Pablo Oliveros for ‘Ulysses’, on what will undoubtedly be an absolute club smasher of a track, released on the 9th December.

The track starts off with an accelerating drum beat, gradually thumping harder and harder, before evolving into a furious and churning rhythm. The calm piano interlude offers the listener a brief opportunity to chill out before slamming back into heavy gut wrenching synths. ‘Ulysses’ is a mix of fast and slow; beautiful piano driven melodies combined with explosive synths and energetic drums to create an intense and original piece of work.

A pioneer of electronic music, Schössow has created something all producers aspire to – a recognisable and unique sound. 2013 is set to be Marcus Schössow’s biggest year to date. His huge collaborations with fellow Swede Sebjak on ‘Liceu’, and ‘Wildchild’ with Adrian Lux are still some of this year’s most talked about releases.
His productions are a must in both Armin Van Buuren and Swedish House Mafia’s sets as Marcus takes his rightful place as one of the leading EDM acts in the world today.

Born and raised in Aarhus, Denmark, Mike Hawkins is rapidly ascending towards international stardom. From producing and DJing to masterminding festivals in his home country of Denmark and signing with Warner Music, Hawkins is taking over the music industry.
2012 was groundbreaking for Hawkins, releasing singles on heavyweight imprints EMI/ Virgin Music, Positiva, Ultra and Spinnin in addition to his own label Megaton. Receiving support from Tiesto, Swedish House Mafia, Hardwell, David Guetta to name a few, Mike Hawkins has proved he’s here to stay.

Descending from Peru, but growing up in Denmark, Pablo Oliveros is energetic and charismatic every time he steps into the DJ booth. Joining forces with Mike Hawkins, the pair play host to names from Ministry of Sound residents to major Danish acts at their monthly parties at one of Denmark’s biggest nightclubs. A relative newcomer but one worth keeping an eye on.