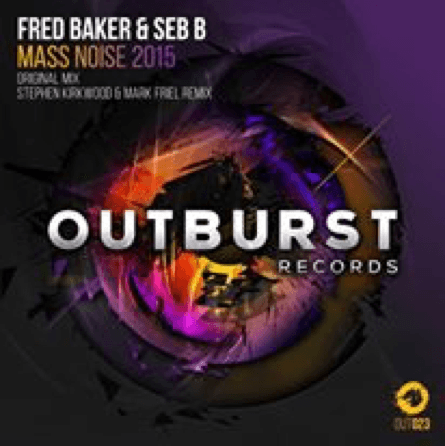 August 10 2015 – Amsterdam, Fred Baker & Seb B are back with their absolutely FILTHY tech-trance/techno anthem of yester-year… Mass Noise!

You should all know by now that Outburst Records are trying their very best to re-kindle the tech-trance scene at the moment and with tracks like this landing in our inboxes it makes our job a whole lot easier!

Fred & Seb have really taken this 2015 rework of the track to a whole new level, with a trademark rumbling sub bassline, techno percussion (and Baker snare), that infamous nagging synth from the original version that we love but also a massive euphoric string section: this is ready to rock the floor and rock it HARD! The talented young Scots Stephen Kirkwood and Mark Friel also deliver a real beast of a remix for us, adding some really nasty and aggressive triplet bass action at the drop. You can’t keep a big track down…