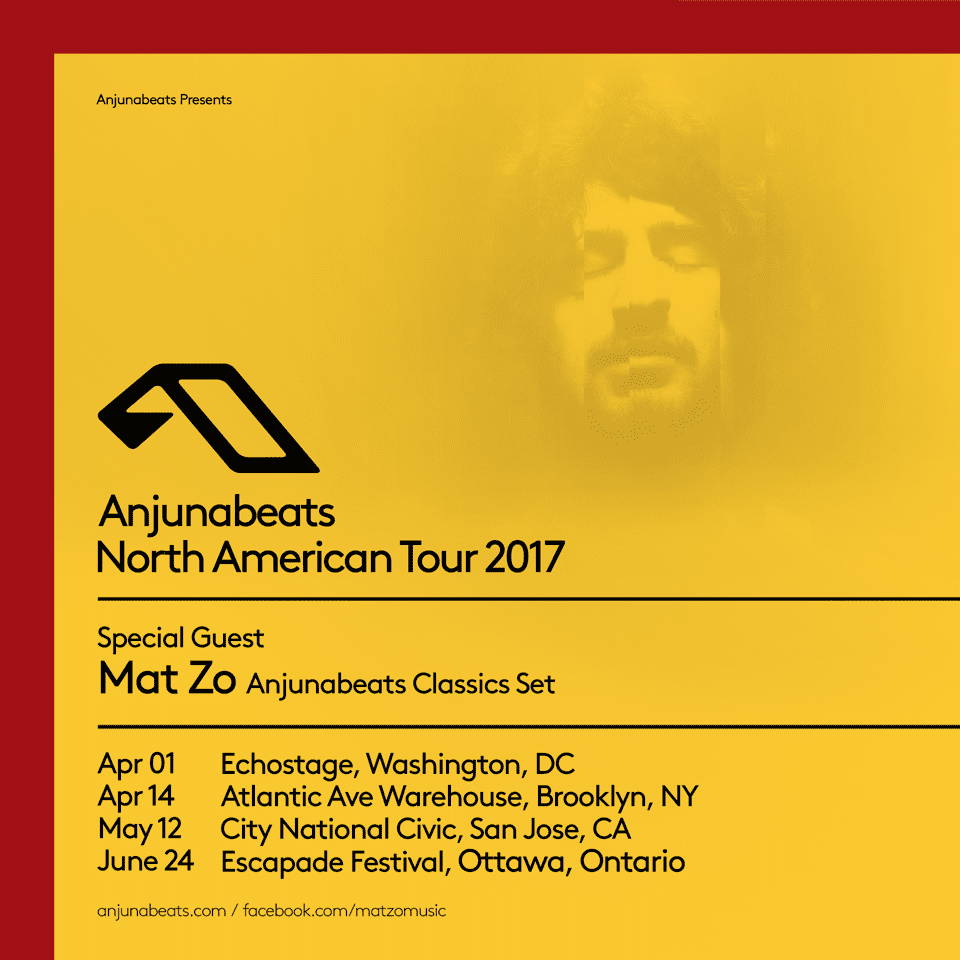 A constant force of innovation in the dance music scene, Mat Zo has announced that throughout 2017, he will embark on what he’s referring to as the “Self Disassemble Tour.” Last year, Mat released an album titled “Self Assemble,” which was an assemblage of the various influences he has had since childhood. His DJ sets last year likewise drew from many styles of music. In contrast, this year will be the opposite: It’s about breaking out the individual genres of music he loves, and playing special sets to honor several of those in a purest fashion. Over the course of 2017 he’ll be playing DnB, house, and Classic Anjuna progressive/trance sets in various cities.

For the first round of announced dates, Mat will be playing “Anjunabeats classics sets” at four stops of the Anjunabeats North American Tour. These special performances will be in Brooklyn, Washington DC, San Jose and Ottawa, bringing fans nostalgic performances brimming with older tracks from Above and Beyond’s iconic trance label. The next batch of dates are still to be announced, which will be billed according to genre and scattered around the rest of the year.

To get people warmed up for the Anjunabeats classics set, today Mat unveiled a previously unreleased trance version of “Hurricane ft. Eyes That Lie.” Mat explains:

“This is actually the original version of Hurricane. I didn't put it on the album because it was at a time where I wanted to move away from trance, so I remade it into the version that's on Damage Control. I played it once on a live broadcast and ever since people have been asking for it. Luckily I found a copy on my old HD. It's terribly mixed and partly unfinished, but I figured since people still ask about it to this day, why not just give it away.”