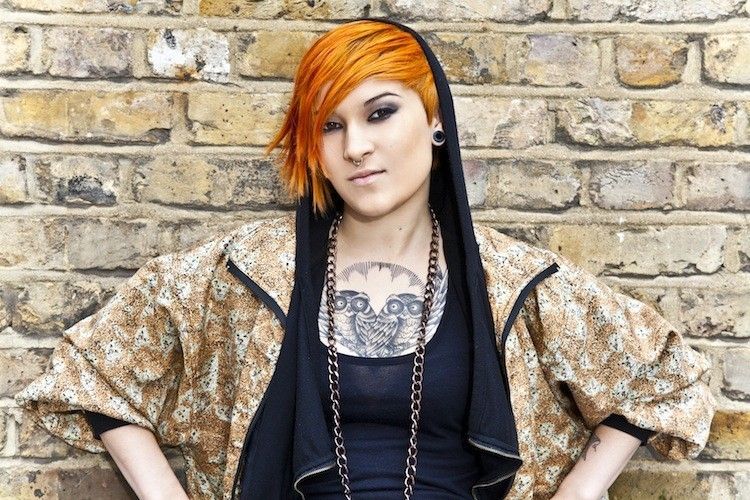 As 2013 draws to a close so do does yet another remarkable year for a 26 year old British-Japanese, producer/DJ by the name of Maya Jane Coles.

Most crucially, 2013 saw Maya spur the majors’ cash and release her critically acclaimed debut album “Comfort” on her own I/AM/ME label and most recently of all Maya has broken the 1 million follower mark on Soundcloud, followers continue to grow rapidly from over 200 different countries.

To mark the occasion – as a little pre Christmas present – original track “Dreamer” taken from Maya’s debut album “Comfort” will be made available as a free download from Maya’s Soundcloud channel.

Indeed, 2013 has not been short of highlights for Maya; breaking records as the most liked “Boiler Room” session of all time with Kim Ann Foxman, Maya’s 2nd Essential Mix for Radio 1, 6 new international magazine front covers (17 in total), live streams on Resident Advisor, providing the guest mix for the XLR8R 300th podcast, a 3rd consecutive year in the RA top 20, a residency at Richie Hawtin’s Enter at Space, Ibiza and playing the closing party for Ushuaia just for starters. Maya also recently topped the Billboard’s Uncharted Chart based on international combined social media stats.

Maya also added her own stamp to many other projects in 2013 with her remix work including Ella Fitzgerald, The XX, Rudimental ft Emile Sande & Nas, Bonobo and Tiga vs Audion. This has added to the rather enviable list of acts she has previously remixed under her various musical aliases such as; Massive Attack, Gorillaz, Little Dragon, Tricky, Florence & The Machine, The Orb, Lianne La Havas, 2:54, Alpines and Karin Park.

Maya will be returning to Australia in 2014 playing as part of the line-up at Future Music Festival as well as making her We Are FSTVL (UK) debut in the summer with many more festival announcements to come.

Maya has also recently announced that she is working on a Nocturnal Sunshine album which is pencilled for release in 2014.

Comfort is produced/engineered/mixed solely by Maya as well as all the instrumentation. Alongside Maya’s own vocals on some tracks such “Dreamer” Maya is joined on others by the iconic Tricky and Miss Kittin as well as welcoming newer talents such as Nadine Shah and Catherine Pockson of Alpines. Also lending a hand on vocals was Thomas Knights who as well as featuring on and co-writing the melancholic “When I’m In Love”; as directed the music videos for the album’s singles “Burning Bright” ft Kim Ann Foxman and  “Everything’ ft Karin Park which both caused a stir for their dark aesthetic and subject matter; the latter in particular drew attention from the focus on taxidermy; which was provided by artist Harriet Horton.