Mayra Veronica Vs Yolanda Be Cool – Mama Yo 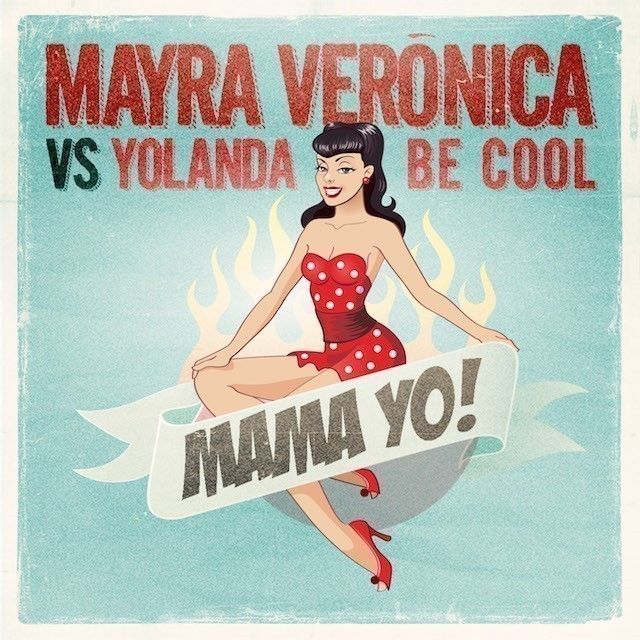 Mayra Veronica Vs Yolanda Be Cool – Mama Yo

International DJ duos Yolanda Be Cool and BOOTSMEN are making their way across the water with two distinct remixes of Mayra Veronica’s funky track “MAMA YO!”; a fresh remake on the classic Carmen Miranda song “Mamãe Eu Quero” that’s been covered by Hollywood greats like Lucille Ball and the Marx Brothers. With both remixes already garnering massive worldwide support and the original hitting over 2 million views combined on YouTube, the “MAMA YO!” remix package is poised to catch fire with its final release in North America later this summer.

Aussie duo Yolanda Be Cool bring back their trademark sax-laden retro sound for this adaptation, reminiscent of their colossal 2010 hit “We No Speak Americano” which today boasts over 40 million views on YouTube. Already seeing success from its release in Scandinavia, Italy, Spain and more, this offbeat remake of the original is quickly teeing up to be this summer’s pop/dance smash.

The pair from Down Under were thrilled at the opportunity, saying, “We’ve always been a fan of the original version by Carmen Miranda, so when the opportunity arose to do a 2014 remake with Mayra Veronica we jumped at the chance and love the result. It’s definitely the biggest track in all our DJ sets and people come up to the booth to ask what track is playing every time, which is always a good sign.”

Originating from the Netherlands, the brothers BOOTSMEN are quickly becoming a wildly popular DJ duo with a very promising future in dance music. Contributing their Dirty Dutch-style to the remix package, their heavy-hitting rendition of “MAMA YO” will leave you wondering what hit you. With The Chainsmokers, Steve Aoki and Chuckie already giving their stamp of approval, you’re sure to be hearing this again at a festival near you.

Whether you like the retro groove of Yolanda Be Cool’s remix or the intensity from the BOOTSMEN, this diverse package is sure to blow your socks off.