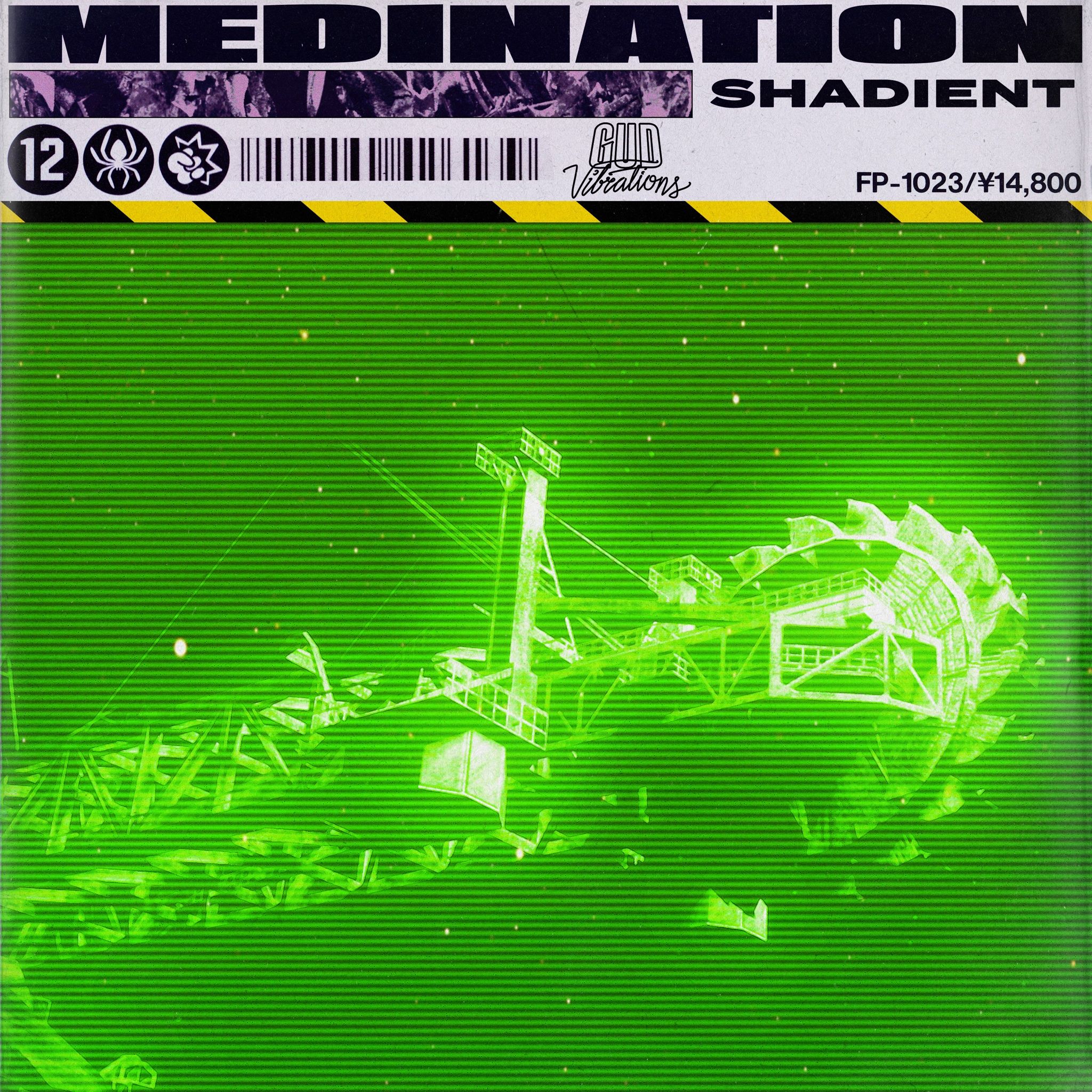 After teasing listeners with "Abberate" and "Numbers Station" earlier this month, Shadientshowcases his impeccable sound design with his deepest, darkest release yet in the form of "Medination." Opening with the ominous, goose-bump inducing tick of a monstrous clock, the track sets a menacing tone from the start. Shadient then unleashes an array of stabbing synths and rumbling basslines in constant succession. "Medination" is the third release from the Britishproducer's upcoming EP Divide, which will be released on NGHTMRE & SLANDER's Gud Vibrations. With one final track left to drop, Shadient is getting ready to unleash his talents full-force upon the world.

Since his invention in 2015, Shadient has been pushing the boundaries of electronic music. "From the get-go, it was this world of ideas I had rushing into my head of metallic and industrial imagery, dark visual aspects and noise and bass leaning music," he says. "Some of my more primary influences initially were Gesaffelstein, Boys Noize, and Aphex Twin. Very minimalistic and dark European techno artists, but I always felt that palette could be explored more musically." Shadient's forward-thinking approach to production has earned him loyal support from artists like Porter Robinson, who has also become a good friend and even once gave Shadient $3000 to purchase a laptop so he could finish his album. Shadient's recent releases "COLLIDER" and "winter=reality", were signed to Mat Zo's label Mad Zoo and he also did an official remix for RL Grime. Stay tuned for Shadient's next single and Divide EP coming out soon on NGHTMRE & SLANDER's Gud Vibrations!