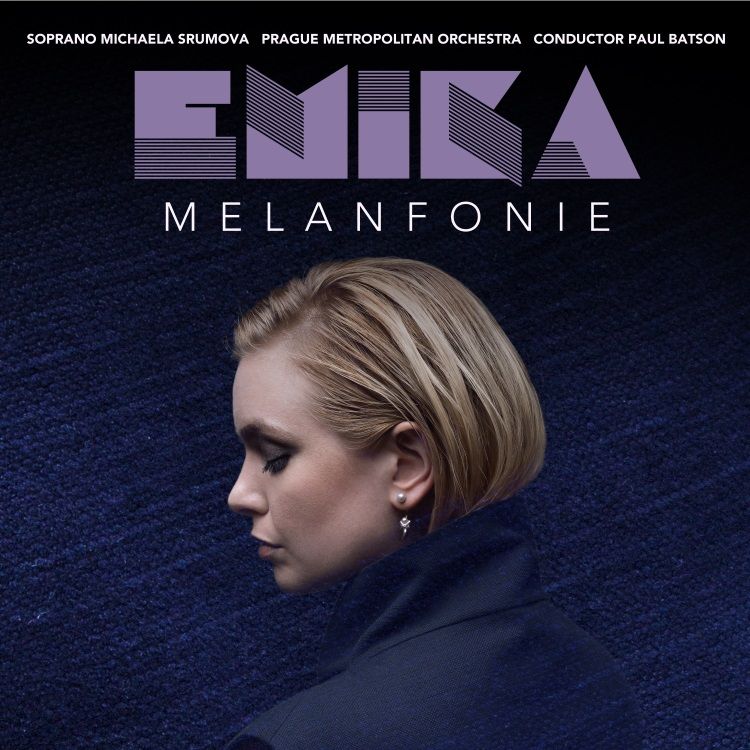 The crossover between electronic music and classical composition has never been in more vibrant and dynamic health. Multifarious musician Emika e xplores this fertile ground on her ambitious new opus Melanfonie: her first orchestral composition, some four years in the making.

Funded by a hugely successful Kickstarter campaign that exceeded its target by an impressive €25,000, the seeds for the project were first sown in 2012 when Emika enlisted Prague Symphony Orchestra soprano, Michaela Šrůmová , to sing on Dem World s for her sophomore album DVA. “ I will never forget the moment she walked into the studio, took the music from my hand, smiled, and began editing and changing parts” she recalls . “She became the music and embodied all the feelings and visions that I had. I recognised immediately she is more than a singer; she is an artist. I asked her then if I could compose new music for her. She agreed and became my very first muse.”

While many rebel from their classical training never to return to it explicitly, Emika has always been attracted to the potential and freedoms offered by the symphony form. “ It seemed to be the one traditional structure where composers and audiences alike were willing to be open-minded and experiment. Some symphonies have three movements; some five; some have soloists; others are purely orchestral. I always had the feeling that within the world of symphonies, there is a special form of freedom to explore.” Finding her muse proved to be the spark for her to begin composing her own symphony. Once the creative intent was formed, the revolutionary crowdfunding model provided her with the means with which to bring the project to life.

As well as taking inspiration from her electronic music background in composing the music itself, Emika also applied some of production and playback principles from that realm to create a piece whose every element has been carefully considered. Breaking up the orchestra’s traditional seating plan – where the higher frequency instruments sit on the left and the lower on the right – she reconfigured it to better suit her intentions. Identifying the contra bassoon as her ‘sub’ and the four double basses as her ‘bassline’, she moved these low end instruments to the center of the orchestra to mimic the positioning of bass in electronic production, and separated the violins into two groups on the left and right to create a wider, more open sound in the higher ranges. Finally, she placed Šrůmová in midst of the orchestra rather than in front of them to put her right in the heart of the sound. “ I wanted her to be the unique star sound that the orchestra chases after, but also for her to sound like she is being swallowed in the sea of sounds during other parts of the music.”

Melanfonie makes for a captivating listen, Emika’ s unconventional approach giving the classical form renewed potential and dynamism. From moments of tense beauty to dramatic and gently foreboding passages, she has woven a cohesive audio narrative, with Šrůmová’s resplendent tones perfectly translating the haunting, emotive style that Emika has come to embody. Composed, executive produced and devised by Emika in collaboration with her former music teacher Paul Batson and the accomplished players of The Prague Metropolitan Orchestra , it makes for another impressively bold step in her ever-evolving career.

Emika is on a quest to try and change what we mean when we talk about ‘classical music’. For her, the magic of the ‘genre’ is about the instruments themselves and more importantly the people who play them; not the restricting traditions and conventions of the classical world itself. “I still feel that the image accompanying classical music is one of the upper class; golden dresses; major labels and rich sponsors. The way classical music is presented on stage and its entire position within global music culture has very little connection with its creators.”

There are, of course, many other interpretations of ‘contemporary classical’ out there, but she still feels they are often lacking in soul and substance. “ This is not plinky-plonky techno which I force virtuosic musicians to call ‘avant-garde’. It is a symphonic piece of orchestral music which (I hope) does the orchestra justice. Only I don't expect my musicians to wear tuxedos and I don't need any rich people or major labels to make this happen. I want to change the face of classical music and give it a more honest and real image. It is time we had something other than pomp and circumstance and avant-garde squeaks and pops.”