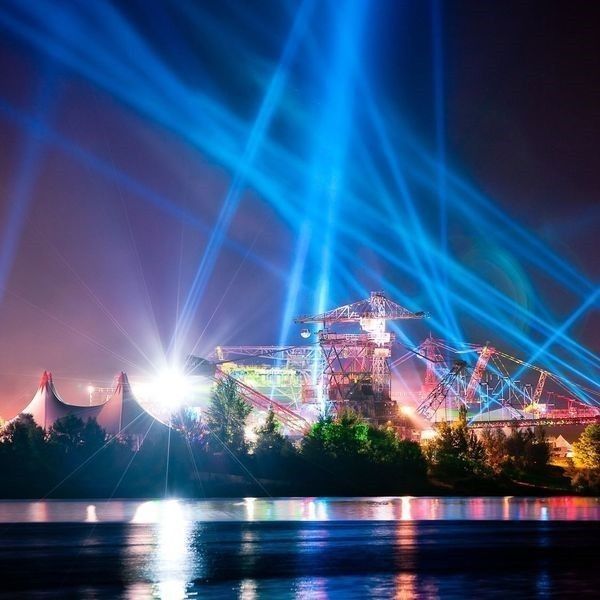 Melt! Festival 2013 came to a close with an extraordinary headline show by Atoms For Peace as well as a celebrated performances by The Knife, Babyshambles, Alt-J, Woodkid, Rhye and many more.

On Sunday night, Melt! Festival came to a close after three peaceful days of celebrations in Ferropolis, Gräfenhainichen without any noteworthy incidences. 25,000 festivalgoers ventured to the “City Of Iron” enjoying perfect weather conditions from start to finish. Amongst the many highlights was a performances by Atoms For Peace.

With more than a third of its visitors arriving from abroad, the festival saw performances by The Knife, Alt-J and Trentemøller on Friday, making for an impressive kick-off. Another highlight on Friday was Krafklub’s secret gig under the moniker of ‘Kosmonauten mit K’.

On Saturday, Woodkid, Azealia Banks, Babyshambles, Django Django andChvrches lured the crowd to the stages. Disclosure and Rudimental’s performances were a definite sign that the UK dance wave finally arrived in Germany.

With a thrilling, partly seated gig Rhye was the first act to open the Gemini Stage on Sunday. Flying Lotus also marked a marvellous Melt! experience as well as the final main stage show by Atoms For Peace.

Numerous projects, fringe events and co-operations added to Melt! Festival’s stage programme. The Playgroundarea, the art project Tape Over, Kleiderkreisel’s happening, the photo project Melt! Faces and the Engtanz-Floor were a welcome diversion to all the musical highlights. On Friday, the renowned Boiler Room broadcasted performances and DJ sets by Modeselektor, Digitalism, Austra, Zebra Katz and others worldwide. For the first time this year, Melt! Festival’s environmental campaign, M!Eco , introduced ‘Meat Free Friday’ at the artist area as well as the Green Camp for environmentally conscious festivalgoers.

Stefan Lehmkuhl, Melt! Festival’s Creative Director, also concludes the festival on a positive note: “Personally, this year’s Melt! was the most relaxing festival ever – and hopefully for all the visitors, too – making a statement with its ambitious line-up choices. The weather was perfect, all acts were on time, and the crowd made for a euphoric festival experience. Countless Melt! moments made this particular festival a memorable one that can hardly be put into words. Only those who were on location with us can truly understand what the ‘Melt! feeling’ is.” In 2014, Melt! Festival will take place from 18th to 20th July.