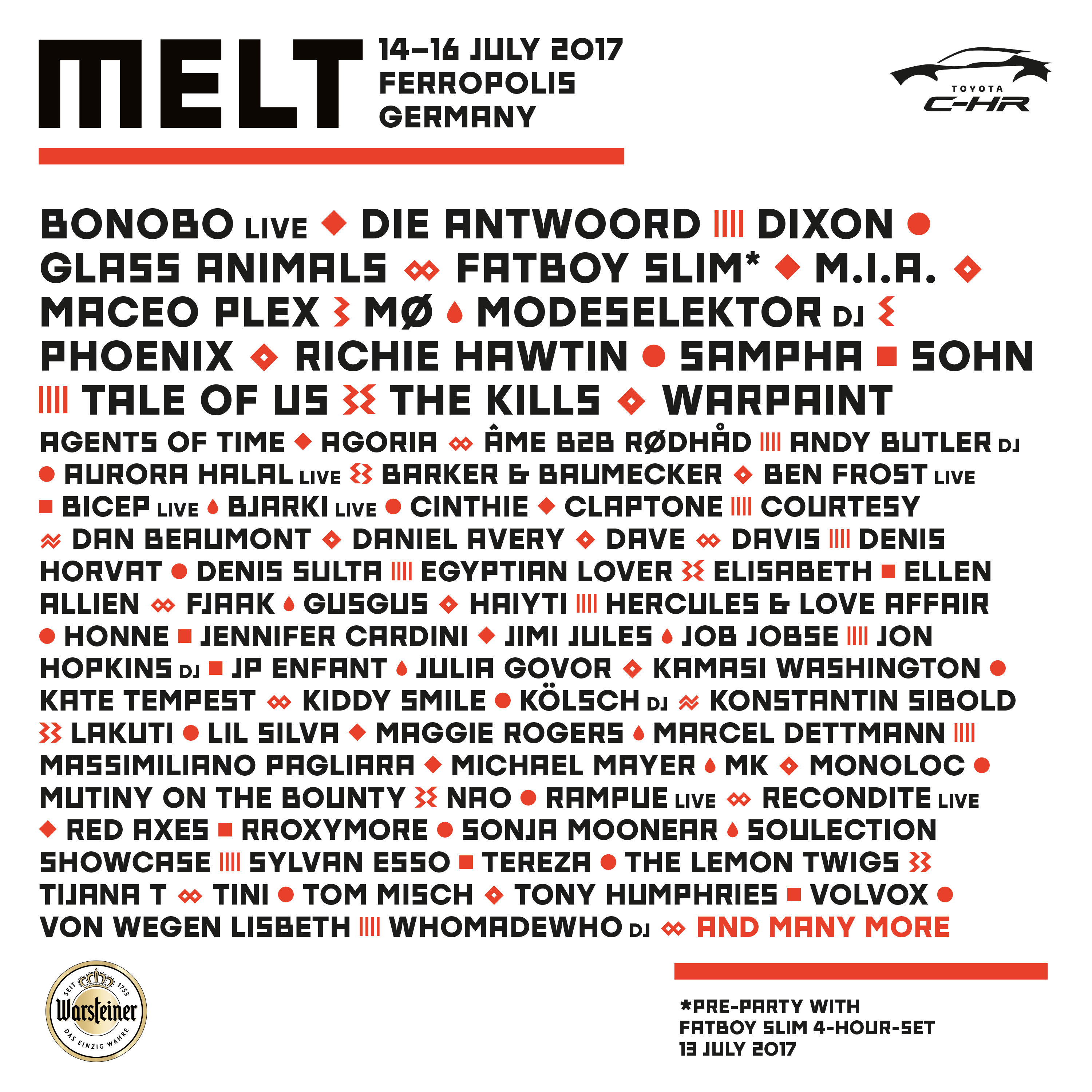 In 2017, the Godfather of German festivals, Melt Festival, celebrates its landmark 20th anniversary with a line-up that represents the musical breadth and diversity that the festival has come to represent.

Launched in 1997 by the owners of the legendary Berlin record shop, Melting Point, what started as a small stronghold for Berlin techno enthusiasts has, over time, become one of Europe's most influential music festivals. Melt has acted as a launching pad for some of today’s biggest electronic talents: the likes of Dixon and Ben Klock have all been playing there for over 15 years, long before topping any DJ charts.

But the festival’s most notable feature is undoubtedly the site itself. Based in Ferropolis, an hour south of Berlin, Melt’s famous site is commonly referred to as ‘The City of Iron’ and often ranks highly on lists of the world's most unusual and striking festival sites. A former coal mine that is home to a number of enormous cranes and towering diggers, the machines create a truly spectacular backdrop for post-industrial raving – a German speciality.

This year's electronic line up is shaping up to be more diverse than ever before. Operatic, emotional techno stalwarts Tale Of Us return to the festival's famous Big Wheel stage, while MK makes his Melt debut alongside Ben Frost (Live), Denis Sulta and 50WEAPONS (RIP) favourites FJAAK. No Melt Festival would be complete without long-time curators Modeselektor, who return to host the MeltSelektor stage for an eighth year.

Last but certainly not least, Melt wouldn't be the festival it is without 90 hours of nonstop Sleepless Floor debauchery. On top of the pre-party on Thursday 13 July with Fatboy Slim, the stage gathers more than 20 DJs – Ellen Allien, Julia Govor, Konstantin Sibold, Tijana T, Agents Of Time and Monoloc to name a few – from Thursday evening to Monday at noon.

With more acts still to be announced, 2017 looks set to be a vintage year in Melt’s 20 year history. For those that can't wait until then, on Saturday 18th March 2017, Melt Festival will take to London’s newest venue, Printworks, for a special showcase featuring Chris Liebing, Recondite, Julia Govor, Kiasmos, Mind Against, Tommy Four Seven and Inigo Kennedy.