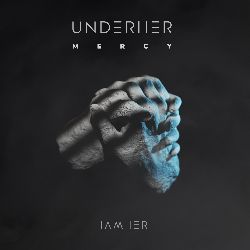 ‘Mercy’ is a reflective ode to feelings of guilt in a relationship breakdown, expressed through Jessica’s ethereal vocals over Kalden’s subtly progressing downtempo electronic production. In the band’s own words: “The inspiration for Mercy came from a fallout with a friend and accepting the change that losing them brought to life. It also touches on the concept of being kind to yourself in moments where all you want to do is blame yourself for the way things turned out.”

The Dualz add drama to the track with layers of evocative synth chords and a dramatic breakdown, whilst Harri Agnel strips the track back completely, letting Jessica’s vocals sing over a looping acoustic guitar.

Meanwhile, ‘Strung’ is “a confession of wanting so badly to be enough for someone and in the process of doing so deteriorating emotionally”. New York DJ, producer and radio host Allies For Everyone pushes the track into late night territory, whilst dorfler – who also featured on the Dark Souls EP – delivers a sunset dancefloor friendly take on the track that the duo have teased in their recent podcasts.

This EP is just the latest development in an exciting chapter for Kalden Bess and Jessica Abruzzese, better known as UNDERHER. After a long period of teasing their music online and building up an organic fanbase, they turned in official remixes for Moby, U2 and Booka Shade, followed by their first EP, ‘Inside’ in October 2018, and second EP ‘Dark Souls’ in November. The pair’s unique sound caught the ear of Netflix executives, and now ‘Inside’, ‘Dark Souls’ & ‘Strained Are We’, and ‘Mercy’ (Harri Agnel Remix) have featured in Danish series The Rain, Spanish series Elite and Italian series Baby respectively.

UNDERHER’s incredible live performances – with Jessica on vocals and Kalden on a full electronic setup – have also seen them support the likes of HVOB and SOHN, and play festivals and club shows internationally such as Stereo Montreal, Piknic Électronik, Uberhaus Beirut, Sisyphos and Katerblau Berlin, and Blue Marlin Dubai.