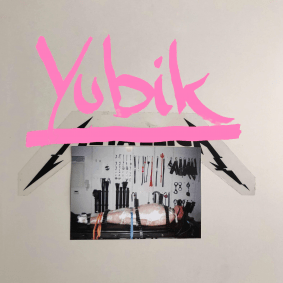 Freeride Millennium welcome Yubik, a new studio partnership who serve up two fantastic tracks, including one collaboration with Chakataka.

Yubik are Maximilian Hacker and Michael Miethig, who together have appeared on Stil Vor Talent and Radikon compilations. Maximilian is the one-half of Jorkes, while Michael is the other half of Innellea, and under their old Hacker & Miethig alias they also released on labels like Einmusika. They bring a host of raw, danceable sounds from multiple genres to their music and continue to explore new ground on this storytelling EP.

Enthralling opener ‘Trance Tunnel’ gets you into the zone with scintillating synths rippling over smooth, rolling drums. It’s a cosmic tinged cut that journeys into outer space on withering sci-fi pads. One finger notes keep the tension building and a rumbling bassline adds weight to the groove creating real impact.

The masterful ‘Metallica’ is another cavernous deep space cut with slow burning drums and synths sinking you into a trance as spooky chords and subtle tension builds in the pads. It’s widescreen, cinematic music to cast a spell on the dance floor.

Last of all, the pair link with Chakataka for ‘Fall From Heights’, another brilliantly atmospheric affair that is big and open and pulls you right in with subtle synth lines and delicate hi hats, sweeping chords and pensive bass.

These are three intergalactic and absorbing tracks that take house music into fascinating new territory and with striking artwork once again supplied by Daniel Rajcsanyi this is an essential package from Freeride Millenium.