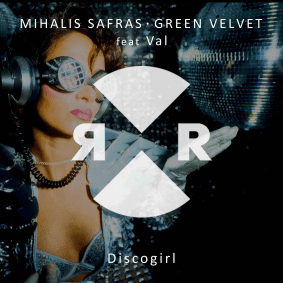 Boasting a long and revered history, Chicago born Curtis Jones has been a long-standing house music favourite for nearly 30 years, producing initially under the alias Cajmere and later under Green Velvet where he established his Relief Records imprint. Since its inception in 1993, the label has proved to be a formidable force housing the likes of Camelphat, Mason Maynard and Eli Brown as well as providing an outlet for collaborations between Green Velvet and some of the industry’s biggest names including Eats Everything, Patrick Topping and Shiba San. July sees Material label head Mihalis Safras – who has landed on labels including Hot Creations, Repopulate Mars and Sola to date – join Jones once again with ‘Discogirl’ following previous collaborations ‘Microwave’, ‘Speak To Me’ and ‘Shmash’.