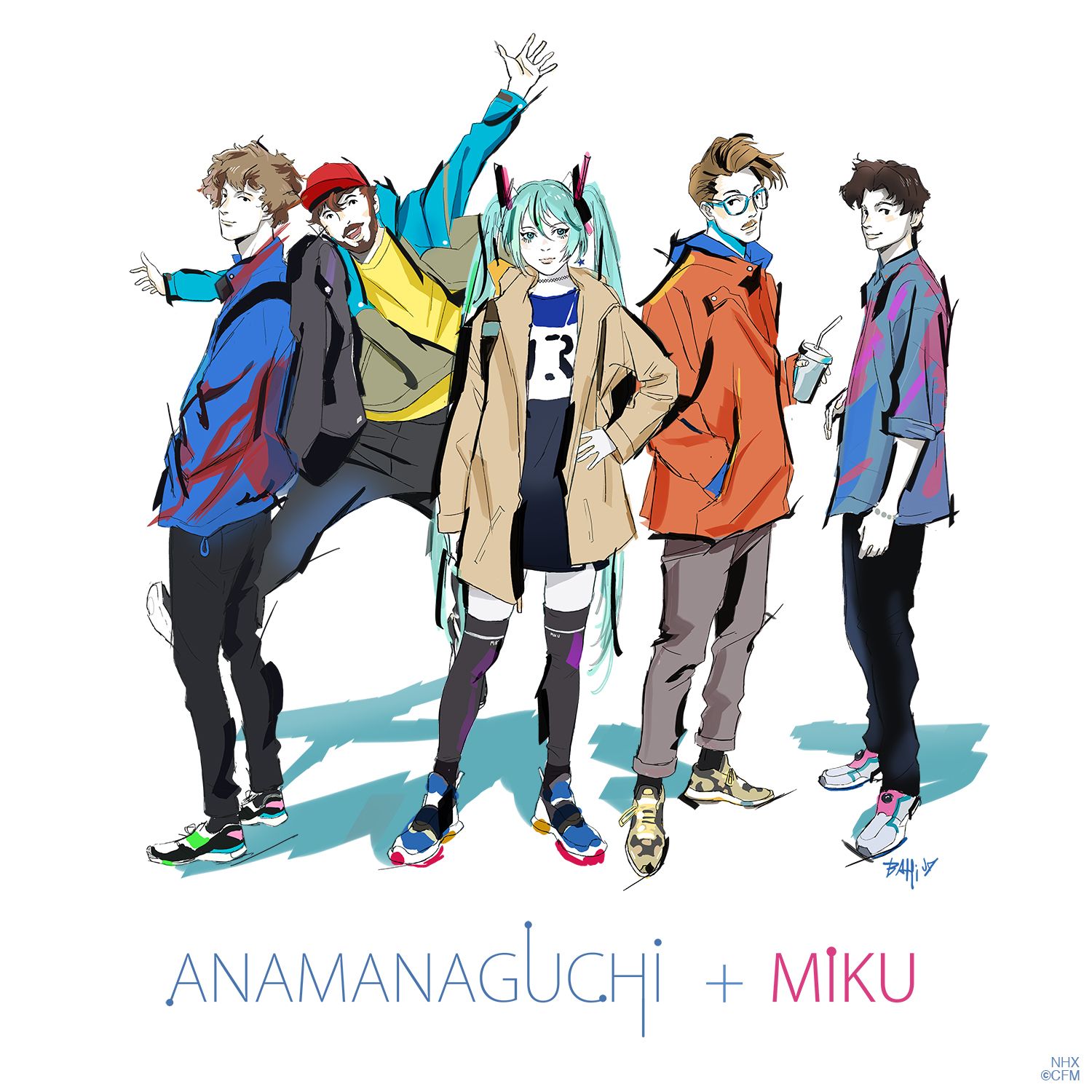 The shape of pop creation is currently shifting. Instead of an elite team of specialists grooming a child through adolescence for a public audience, inventive artists with computers can make themselves, their friends, or a stranger off the street into hyperreal manifestations that go even further. This phenomenon is showcased best via New York City band Anamanaguchi’s collaboration with Japanese virtual star Hatsune Miku on her crossover pop track “Miku.”

Portrayed as a 16-year-old girl with long, turquoise pigtails, Hatsune Miku is voiced by a singing synthesizer application called Vocaloid. Despite not being a ‘real person’, she is selling out arena concerts worldwide and her vocaloid software has allowed 100,000+ songs to be made using her voice. Miku’s countless endorsement deals, including her own Super GT racing team and modeling partnership with Givenchy Haute Couture by Riccardo Tisci, would certainly be the envy of any ‘real’ pop star.

Anamanaguchi is a digital pop group featuring the warped productions and hyperactive melodies of songwriters Peter Berkman, Ary Warnaar, and Luke Silas, playing under custom-fabricated lights made by bassist James DeVito (who most recently designed LED outfits for Taylor Swift’s 1989 World Tour). They are a team of playful DIY internet anarchists whose colorful iconoclasm comes with a heavy sense of humor and a seriousness about having fun. When they’re not busy touring, Berkman and Warnaar alongside Web Master Neil Cline have been heading hypermedia titan NHX on internet music releases such as: ⒶⓃⒶⓇⒸⒽⓎ, Capsule Silence XXIV, Maxo’s Chordslayer EP, and many more.

The track they have collaborated on tells the story Miku becoming self-aware – a transhuman singularity spurred by the pop star’s desire for independence and agency. Lyrically, the song is about the how Miku is seen and what she's capable of – a personal anthem of sorts. She sings both about how she's grateful of what she's become, and how she owes it to the support of the communities around her, as well as her understanding that she was initially created as a tool – a continuous facade for her users remote fascinations.

The mechanics behind working with a virtual artist usher in a new method of creating pop music. Anamanaguchi started the track in a grimy art-squat basement in chinatown NYC and finished it in a state-of-the-art recording studio in Shibuya, Tokyo. And while Miku may not have physically been in the booth with them, weekly skype meetings with her and her team (Crypton Future Media) kept her very involved in the process.

The release of “Miku” comes at the peak of Hatsune Miku and Anamanaguchi’s joint Miku Expo 2016 North American Tour which featured the virtual star’s first live performances alongside an American band. Hatsune Miku appears on stage to her devoted fans as a projection, while the band support her with live instrumentation. Although anyone can use the software, performing their song together marks Miku’s live inaugural collaboration with an American artist. Anamanaguchi’s involvement in this extraordinary partnership goes quite past song production, extending even to choreography direction in Miku’s live performance.