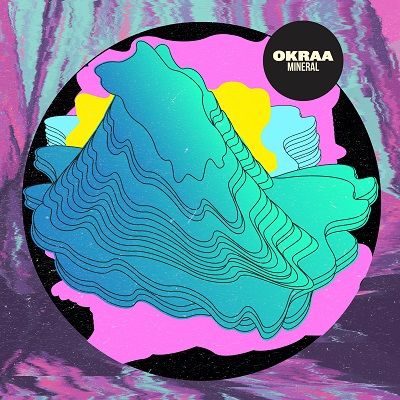 OKRAA, the pseudonym of producer and artist Juan Carlos Torres Alonso, makes his trade in mixing together dizzying synth fills with ambient rhythms, forward-thinking melodies and psychedelic vibes. Extracting influences from alt-pop and chillwave, the producer’s new single ‘Mineral’ is a vibrant canister of steaming sounds and mesmerising textures that offers an entrancing spin on contemporary electro spliced with the bubbling oddities of alt-pop. Describing his own sound as “soulful future garage”, OKRAA offers an innovative trip down the roots of magical realism in his new and exquisite single.

Originating from the Colombian capital city of Bogota, OKRAA grew up listening to the urgency of big beat, coastal Latin rhythms. Taking these influences onboard his lively debut ‘Vultur’ EP, the producer won support from the likes of BBC Radio 1, KEXP and DJ Mag, who scored the release an impressive 9/10. Filled to the brim with hazy rhythms and dreamy vocals, the EP was widely compared to the resplendent work of artists like Caribou, Balancer, and the trip-rock tones of Aerial Pink.  Last year, OKRAA translated this dynamic and trippy sound into his kaleidoscopic debut album, ‘Dreamachine’, which won further plaudits from platforms including THUMP and Earmilk. Having played alongside electro heavyweights like SBTRKT, Chet Faker and Seth Troxler at some of Colombia’s biggest music festivals, including Festival Estéreo Picnic, the producer set his sights on conquering Europe by diving further into the vortex of electronic music.

For OKRAA, his experiences playing live have steered his songwriting naturally into the direction of ‘Mineral’: “I've been very into representing euphoria through sound. I've been approaching songs from my live act way of doing stuff and jamming to modules and beats progressively; I've had this 'layering' way of developing my musical ideas. It’s more minimal”. However, while his successes to date have taken his sound into newfound pastures, the electro artist still stays true to his early musical roots. As he puts it himself, “in terms of sampling there's a virtual instrument I created by processing the cuatro llanero, which is a native string instrument from Colombia.  It's the lead, high, kind of bells sound on the track. This has a lot of what I feel my music is: a representation of who I am. I'm a very Colombian dude, but I'm very in contact with what's happening everywhere.”