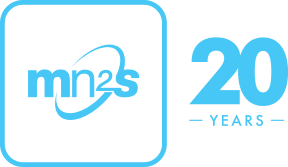 With roots in London’s house music scene, MN2S have grown from music-loving party promoters to an international talent booking agency, global music distributor and label management company. To celebrate their 20th anniversary, MN2S have lined up 20 brand new DJ mixes from 20 highly talented DJs on their roster, including the likes of Roger Sanchez, X-Press 2, Joey Negro, DJ Spen, Barber, Silky, Kayper, Format B, Okain and more. As a BIG thank you to all dance music fans, these #MN2S20 anniversary mixes will be released throughout August for all to hear. The first wave are available here. In addition, to mark 20 years, MN2S have teamed up with music therapy charity Nordoff Robbins to kick-start a month long fund-raising initiative. To give to the campaign please visit http://bit.ly/NordoffRobbinsMN2S20.

Co-founder, David Elkabas comments,
“MN2S are delighted to partner with Nordoff Robbins as part of our 20th anniversary to help raise both awareness and funds of the excellent work this charity does. Music has been our core business for the last 20 years and we believe it has the ability to change lives in many ways. The work Nordoff Robbins does in music therapy is a great example of this.”

MN2S are putting their full weight and connections behind a month long fund-raising initiative driven by MN2S staff, artists and music industry contacts. MN2S directors and key staff will also visit Nordoff Robbins at the end of the campaign to see how the money raised will be used. Jo Carter, Director of Fundraising and Communications at Nordoff Robbins says:
“We are delighted that MN2S are supporting Nordoff Robbins as part of their 20th anniversary celebrations, not least because Nordoff Robbins is also celebrating a milestone year with our 40th birthday. Thanks to MN2S, we’ll be able to spread the word amongst even more people who love music and believe in its power to transform lives, whilst also working together to reach even more vulnerable and isolated people through music therapy.”

MN2S is a name with a rich heritage in electronic music and the 20 year landmark is a time to reflect and celebrate. 20 mixes from 20 top DJs and a fund-raising initiative are just the start – watch this space for more #MN2S20 news…

Keep up to date with anniversary news and announcements using #MN2S20