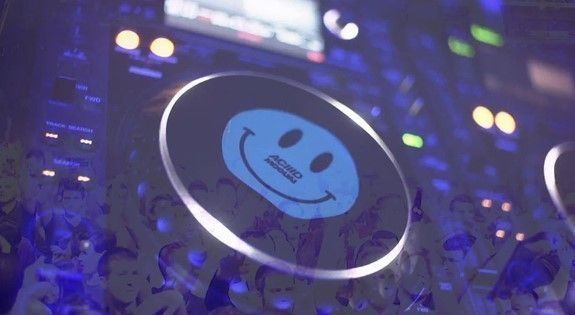 As tremendous acclaim for ‘ACIIID’ continues to pour in from international fans and tastemakers alike, MOGUAI now unleashes a recap tour video that demonstrates the effect this mammoth record has been having on audiences around the globe. Following the man himself from Belgium to London, this new video showcases his frantic and exciting lifestyle as he invites us aboard his private jet, to some of the most renowned venues in the world. From Daydream Festival all the way to legendary London clubbing destination Ministry Of Sound’, this 3 minute sneak peak captures the true essence of this soon-to-be chart-topper and the unbridled energy it commands of the dance floor.

Standing proud at #3 on the Beatport Top 100 (#2 Electro House) after just a week in the charts, ‘ACIIID’ is showing no sign of stopping its ascent. Pumping the old school Acid House flavor back into the electro scene is exactly what was needed and MOGUAI has delivered impeccably with this record. With major support from the likes of Avicii, Afrojack, Chuckie, Sander Van Doorn and more, ‘ACIIID’ has seen the approval and admiration from not only his yearning fans, but from fellow dance music legends as well.

Ever faithful to his loyal fans, MOGUAI has also now teamed up with Spinnin’ Records to giveaway a prize package that includes an ‘ACIIID’ shirt, Stickers, Spinnin’ swag and a pair of tickets to one of his shows this year. Entering the competition is as simple as submitting your name and email address, but the satisfaction of having a chance to win the package isn’t the only thing up for grabs…Upon entering, an exclusive download of the ‘ACIIID’ mixtape will be available for all!