The newest release from an unstoppable Dutch duo Moksi is “So Fly”, featuring Lil Debbie, which is the premier single from their upcoming debut studio album “The Return of House Music.” Hinting at the theme of the LP, “So Fly” incorporates a familiar four-on-the-floor, driving house bassline with funky synths and minimal melodies, fused with raw rap vocals for a modern, street-friendly twist on a classic sound. Moksi and Lil Debbie previously worked together on their notable song “Push,” released on Barong Family. Check out what the duo has to say about “So Fly”:

“After the success of our song “Push,” we wanted to work with Debbie on a new song. We sent her a raw demo of a beat. Not longer than a day later, she sent us the vocal, which was an absolute freestyle smasher. We changed the entire beat to match her flow and vibe, and it became one of our favorite songs of the album.” – Moksi

The single builds anticipation for the drop of Moksi’s album “The Return of House Music,” scheduled for a release on August 2nd on Barong Family, which consists of 12 tracks drawing influence from house, g-house, UK garage, and funk styles. Listeners can look forward to exciting collaborations with Chocolate Puma, Ookay, Chace, and Digitzz on the album. Moksi’s previous collaborations include the likes of Yellow Claw, DJ Snake, Hardwell. Dillon Francis, and GTA, and they have released their music on Mad Decent, Interscope, Spinnin’, and Axtone in addition to their home label Barong Family.

Diego and Sam of Moksi have been friends since 2006 and began their musical partnership in 2015 when they ended up playing together on top of a food truck. The duo has made great strides since then; their “first track” – which was really only a 45-second snippet – was still impressive enough to catch the attention of Yellow Claw. That snippet became their single “Getting Higher,” which put Moksi on the map and eventually led to their EP “Brace Yourself.” That same year, Moksi made their stage debut at none other than Tommorowland, making for an epic debut show that was the start of performing at festivals such as EDC, Spring Awakening, Ultra, Lollapalooza and more. Their most notable releases include 2017’s fan favorite “Open” with Yellow Claw, which has amassed 27+ million streams on Spotify alone, and the Beatport #1 single “Hippo” (with legendary Dutch duo Chocolate Puma) and the rave monster “Powermove”, alongside Hardwell. Stay tuned for their full LP and more new music coming soon! 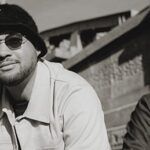